Tents are popping up like mushrooms across Natick as the schools ready for the return of students and staff. Tents will be used for classes, breaks, lunch, and we’re sure more ideas will arise.

The Natick Health Department has announced it will be running a by-appointment-only drive-through flu shot clinic for Natick residents age 6 months and older from 8:00 AM - 4:00 PM on Saturday, Oct. 3.

A maximum of four participants per car. The event will take place at the DPW at 75 West St.

You must fill out a form in advance and bring it with you, along with your insurance card if you have insurance. The shots are free, and vaccines will be available in regular and high dose. Masks required.

The lawn at First Congregational Church in Natick Center will be covered for the next two week with red and purple flags to honor the 2,015 lives lost last year in Massachusetts to opioids.

SOAR Natick has spearheaded the public display, assembled on Aug. 21 by several dozen volunteers, including those who planted red flags in honor of individuals. The flags will stay up until Sept. 4.

Preliminary data from January-March 2020 show there were 467 confirmed and estimated opioid-related overdose deaths in Massachusetts, an estimated 28 fewer deaths, which is a 5.7% decline compared to the first three months of 2019.

Of particular concern now is the impact that the COVID-19 pandemic is having on the opioid situation, both in terms of resources reallocated and vulnerability of those under pandemic-related stress. 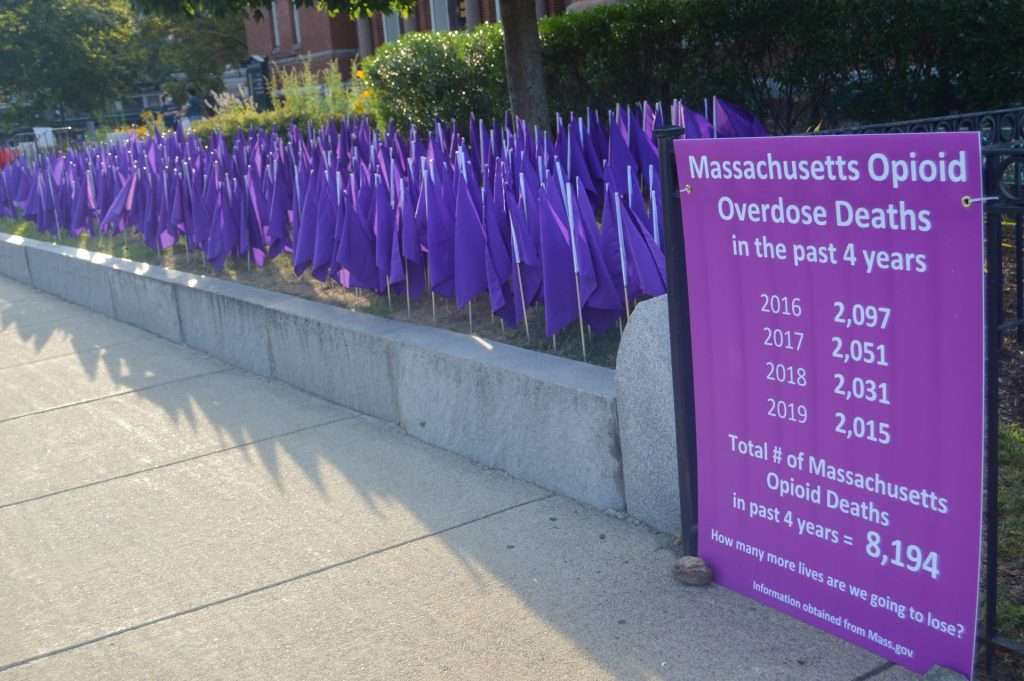 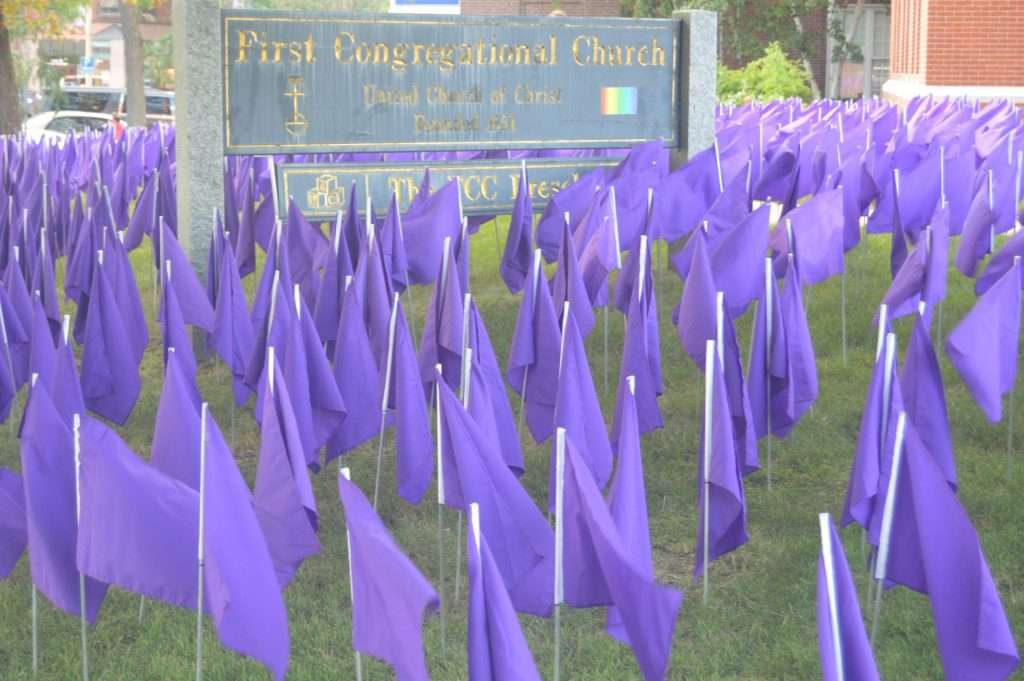 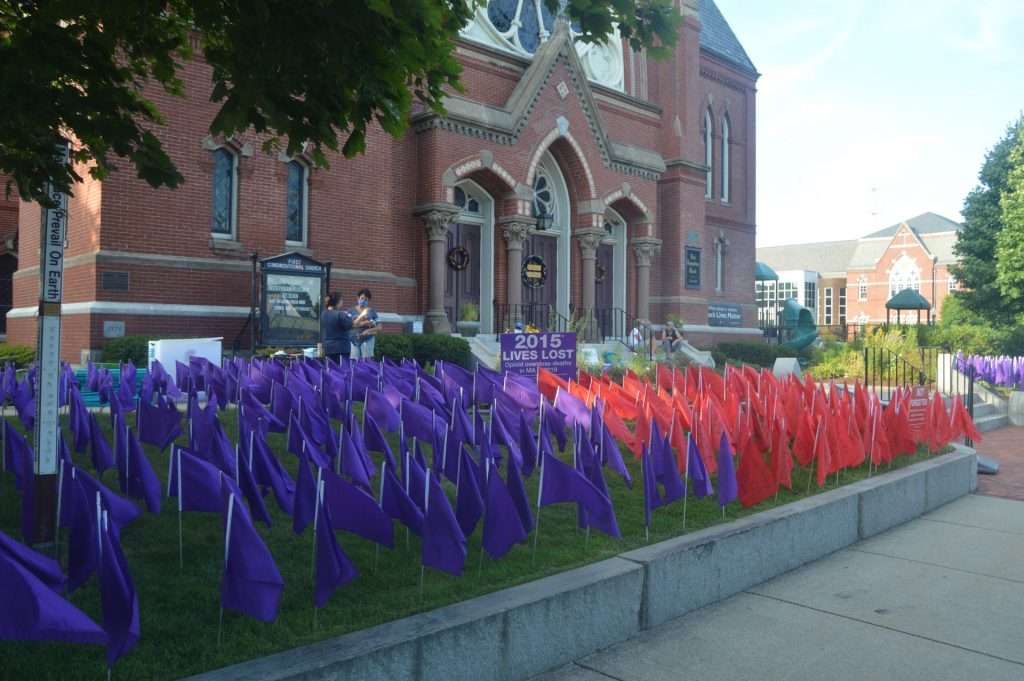 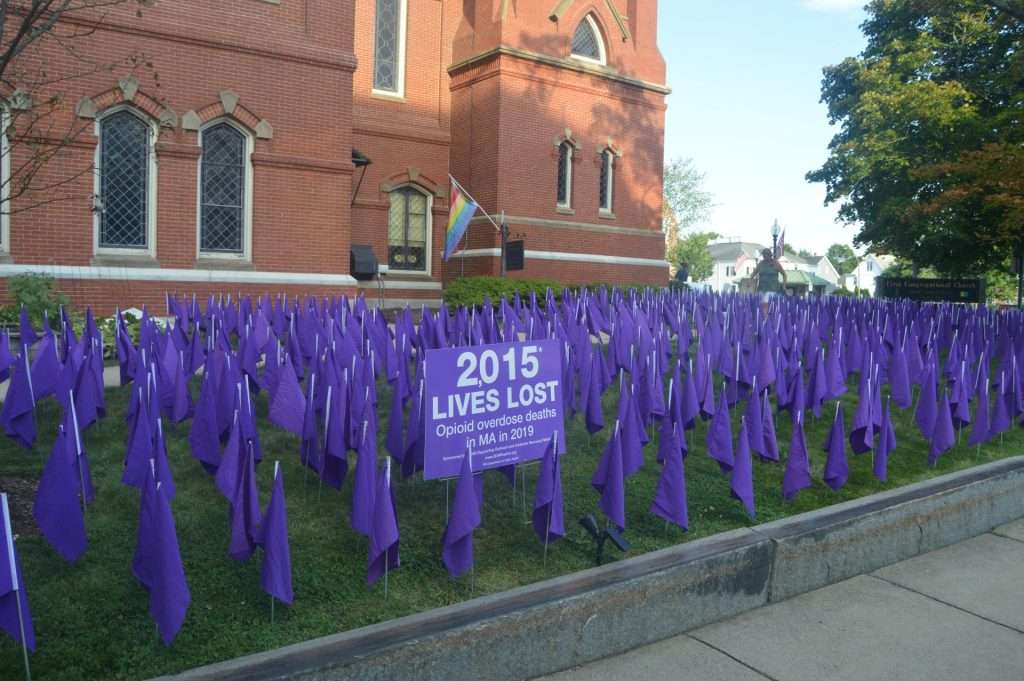 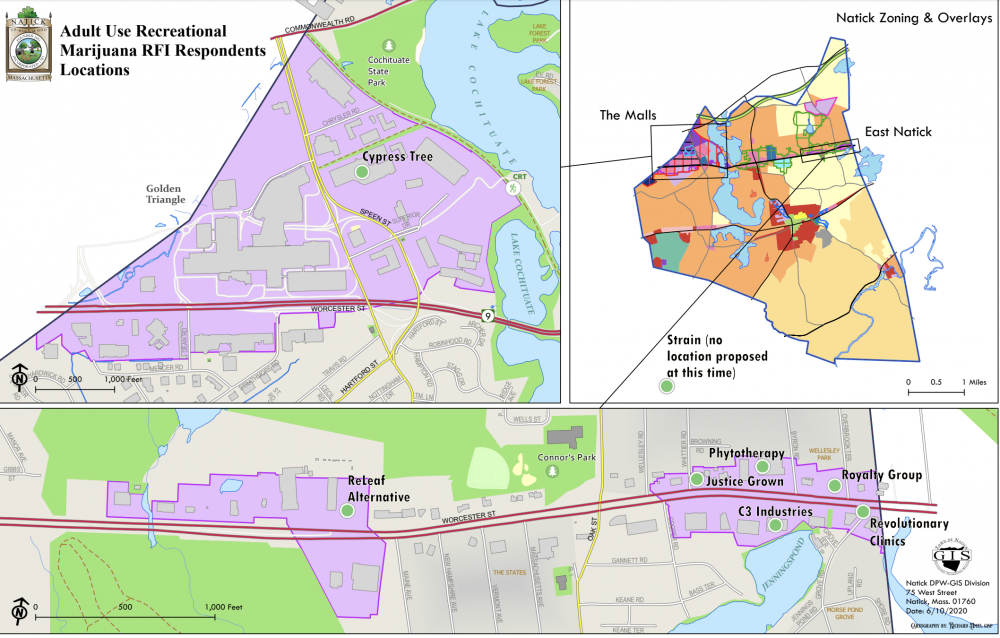 Reusable bags are back, baby.

We’ve amassed quite a collection of single-use paper and plastic bags in our home since March 25, when the Massachusetts Department of Public Health (MDPH) temporarily suspended the use of reusable bags due to COVID-19 concerns. One day the well-trained shoppers of Natick could be seen with an armload of canvas totes, or well-worn paper bags on perhaps the last Roche Bros. run of their lives before finally falling apart. The next day, those bags were banished to the back of the trunk for the foreseeable future.

Health officials have since determined there is a low risk of contracting COVID-19 from resuable bags, so we can all pull those sacks out of obscurity and once again go about the business of saving the planet.