The Doug Flutie Jr., Foundation for Autism distributed over $405,000 to 43 non-profit organizations as part of its annual grant cycle. The announcement came during the Flutie Family Holiday Spectacular virtual broadcast event earlier this month, where each organization was surprised on camera. In light of the extreme challenges that many people with Autism are facing this year, and thanks to the generosity of so many donors, the Flutie Foundation increased their overall funding in 2020 as compared to recent years. 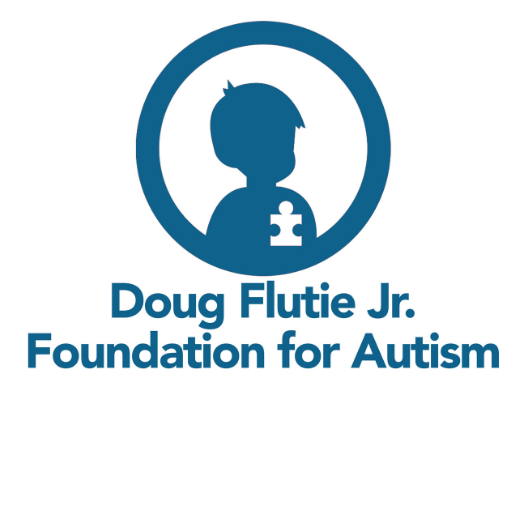 END_OF_DOCUMENT_TOKEN_TO_BE_REPLACED

Eddie’s Park at Middlesex Path in Natick, simply referred to as “the dog park” by most visitors, is usually one of the happiest places in town. At its best the facility is a place where pups play with their doggy pals while attentive human friends keep an eye on the fun. Open since summer 2020 to all comers, Natick residents or not, the park boasts separate areas for dogs both small (under 25 lb) and large; a leash-free, enclosed environment; and a community of folks who love dogs.

There’s no doubt the place is much-loved, but sometimes more love means more problems. Right now according to Natick Animal Inspector Kimberly Condon, the new recreational area is going through a few growing pains that must be addressed—parking, social distancing, and dog safety. In a social media post on Fun, Informed Dog Owners (FIDO), a group that raises funds for ongoing dog park maintenance and educational events, Condon acknowledged that dogs are being injured at the park. “My heart is very heavy tonight with a great sadness, talking to owners who have injured dogs,” Condon posted. “Some folks that go to the park with their dogs do not follow the rules or recommendations that have been vetted by professionals.”

Condon’s position as Animal Inspector, which falls under the Natick Health Department, as well as being on the board of FIDO, gives her a unique and extensive view into not only the joys of the park, but the issues. In a phone call with Natick Report, Condon confirmed that there have been several recent incidents at the park of dogs biting other dogs. She notes that per Massachusetts law, every time there is a bite, all parties involved must exchange identifying information.

A hard part of her job as Animal Inspector is going to peoples’ homes to inform them that their dog must quarantine for ten days after biting another dog, even if the biting dog is up to date on its vaccinations. “People don’t understand that part, but vaccines aren’t 100% effective, so precautions have to be taken by law,” she explains. “The rabies vaccine is not 100% effective, that is why we must watch the biting dog. Meanwhile, the bitten dog is going through a lot.”

Ongoing trauma after a biting incident usually plays out in private. In the aftermath, a family is often dealing with feelings of distress right  along with their injured pet. What the affected parties go through when a beloved member of the family has been hurt is unseen by all but a few. Often the dog must undergo extensive veterinarian care—even surgery—in order to heal from an event that occurred in perhaps only seconds, but that can result in long-term healing and care needs.

The long road of healing

After a dog gets bitten, Condon says, “we’re working with people who have had a traumatic event, and most of the time a very high bill from the vet. It can be pretty intense. It’s really hard on the animal, of course, and there are major parts the owner has to go through that nobody thinks about.”

Sometimes, she says, the owner of the biting dog is in denial, even though there were multiple witnesses who have identified their dog as the biter. “The owners of the dog who was bitten then have to go through that,” she says.

Still, the dog park is a big draw for dog lovers who enjoy the community support of hanging out with others who are there for the joy their pets experience. Most of the time, a visit to the park is a high point of the day for all.

What it comes down to, Condon says, is that, “We all need to make the dog park a safe and happy place. We must take ownership for our own dogs and for the safety of all dogs.”

During a Tuesday, Dec. 15 zoom meeting of the FIDO officers, park safety was a major part of the agenda. Parking issues; keeping park users to 25 humans at a time due to state-mandated social distancing guidelines; dogs allowed to move unleashed through the parking lot; and children being allowed by their adults to enter the dogs’ enclosure were all expected to be part of the discussion.

Natick dog park rules. Be sure to read them and explain them to your pups:

END_OF_DOCUMENT_TOKEN_TO_BE_REPLACED

If you or someone you love has struggled with addiction, the organizers of the 7th annual Interfaith Vigil want you to know that you are not alone.

Please join Natick 180; the Natick Interfaith Clergy Association; the Natick Police, Fire, and Health departments; Spark Kindness; Soar Natick, the Journey Bereavement Group; and others on Sunday, December 13th at 7pm for the 7th Annual Interfaith Vigil in memory of all lost and all who still struggle with substance use disorder. This year will be virtual. The link to join is in the flyer and posted below. 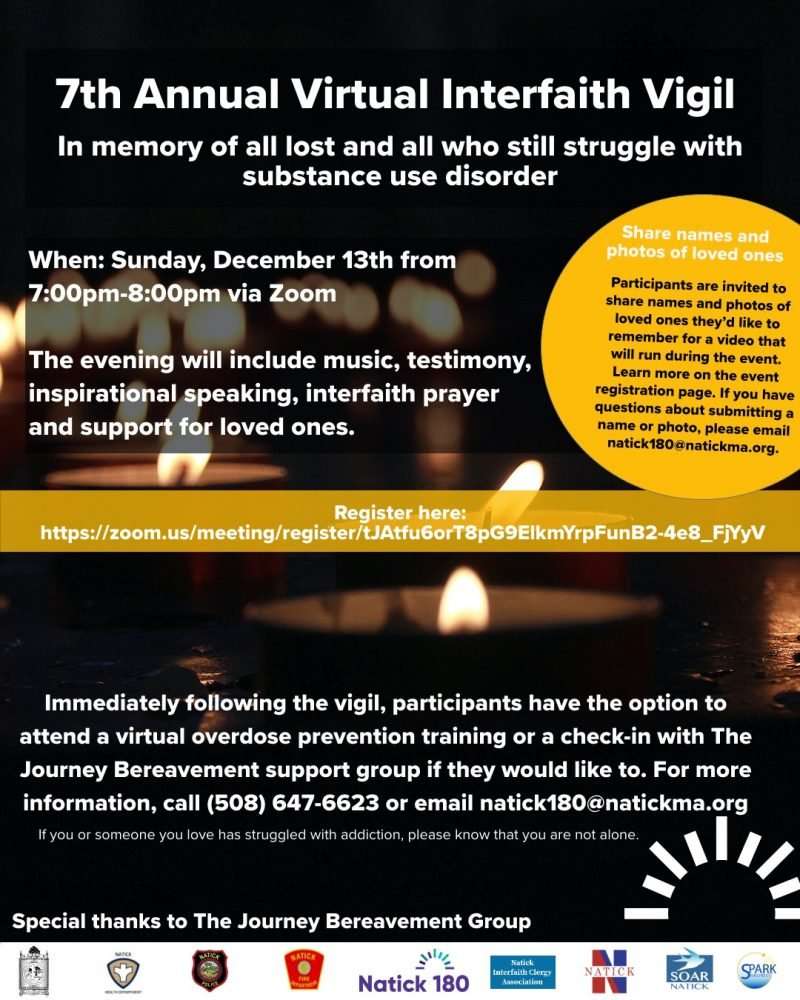 When someone suffers a heart attack, seconds count. 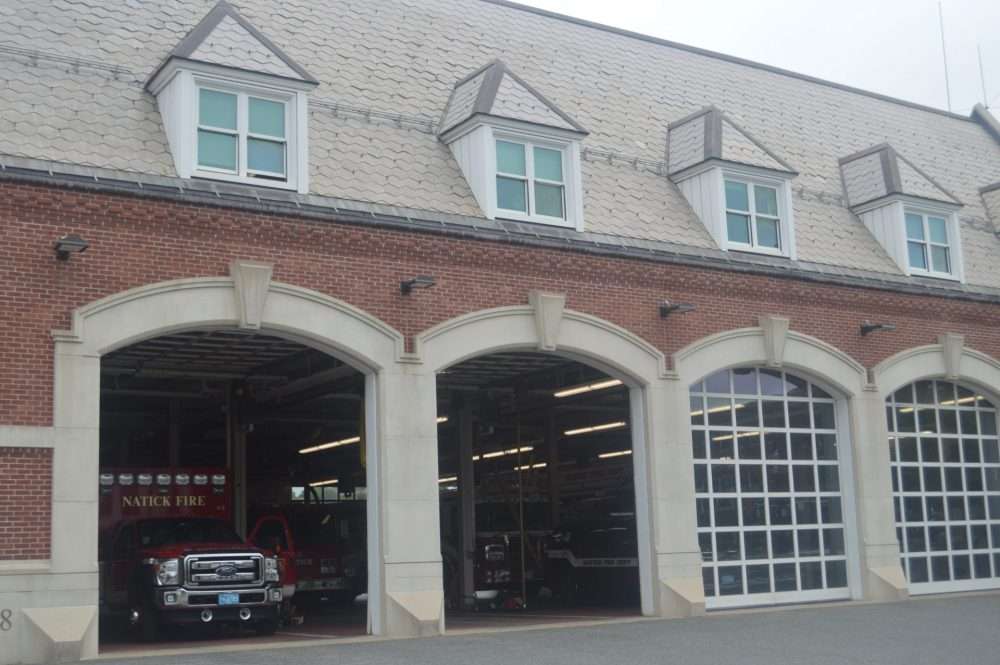 The location is TBA and will be emailed out approximately one week ahead of the scheduled class time.

The Natick Public Schools (NPS), in collaboration with the Natick Board of Health, in response to community members’ questions about when schools will reopen for full-time in-person learning has issued an update about likely next steps, along with an update of COVID cases in the schools.

The NPS currently are running on a hybrid learning model.

Although COVID cases continue to climb across the state, schools have been getting the message from Gov. Charlie Baker that they should move toward reopening full-time for in-person instruction.

In a letter to the community, Superintendent Anna Nolin said, “Certainly, bringing all students back would improve instruction, but that was not feasible in June and it is still not feasible at this point. Positive COVID cases in Massachusetts have risen to well over 1,000 daily. To return the students would mean to relax the standard of six feet of social distancing.”

Nolan says to undo safety protocols at a time when the Center for Disease Control continues to recommend six feet of social distancing would be premature.

Additional challenges the district faces are staffing classrooms when teachers are out as they await everything from  COVID-19 testing results, to taking care of more garden-variety illnesses such as the common cold, to caring for their own children when they get sick. And finding substitute teachers? Forget about it. We saw one Facebook post for an out-of-state district in which the superintendent explained that the high school would be closed for the day because there would not be enough adults in the building to staff the place.

Meanwhile, everything from testing to hand sanitizer going forward will be on the school district as the last of the CARES money is allocated.

“Please know that we recognize the immeasurable value in having all students in our schools, and it is truly our goal to see their return as soon as it is feasible and safe,” Nolan continues. “However, given the challenges that we are presently facing, I hope this letter helps to explain the reasons that are preventing a full and immediate return to school at this time. I know that this perhaps renders disappointment for those who want a full-time return, and perhaps brings relief for those who wish to carry on with remote instruction.”

You can see Supt. Nolan’s letter in its entirety here.

Note: the State and the Governor have made changes to the leveling and metrics system for the state and to that end, the complete data that for NPS is not yet complete.

The COVID dashboard is updated weekly in conjunction with the Natick Board of Health.