Artist Carol Krentzman installed her newest mosaic—based on a “History of Natick” theme—at Court Street in Natick Center on Friday. 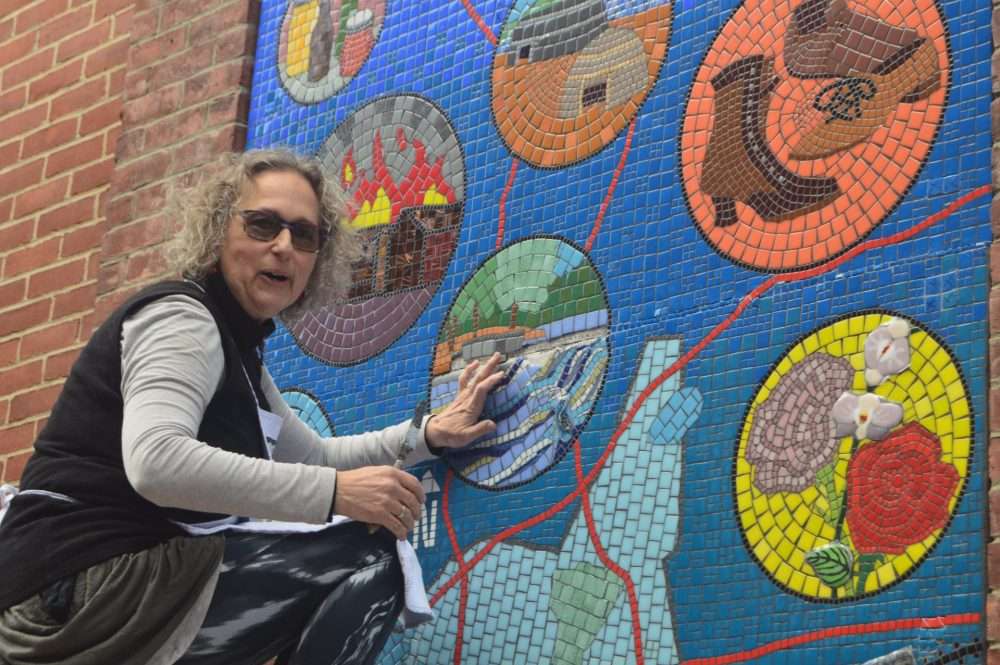 The mosaic stands 12 feet high and 64 inches wide, and adds to a collection of other public art displays downtown, including Krentzman’s “We the People” mosaic. She says it’s her biggest mosaic, and that her grandson estimates it includes 6,000 tiles.

Featured on it are the South Natick Dam, the old baseball factory, a fire that changed the looked of downtown Natick, and more.

She recently finished her studio work and this weekend got to screwing the mosaic panels onto the wall and adding other finishing touches. Tilling, grouting and other glamorous stuff. 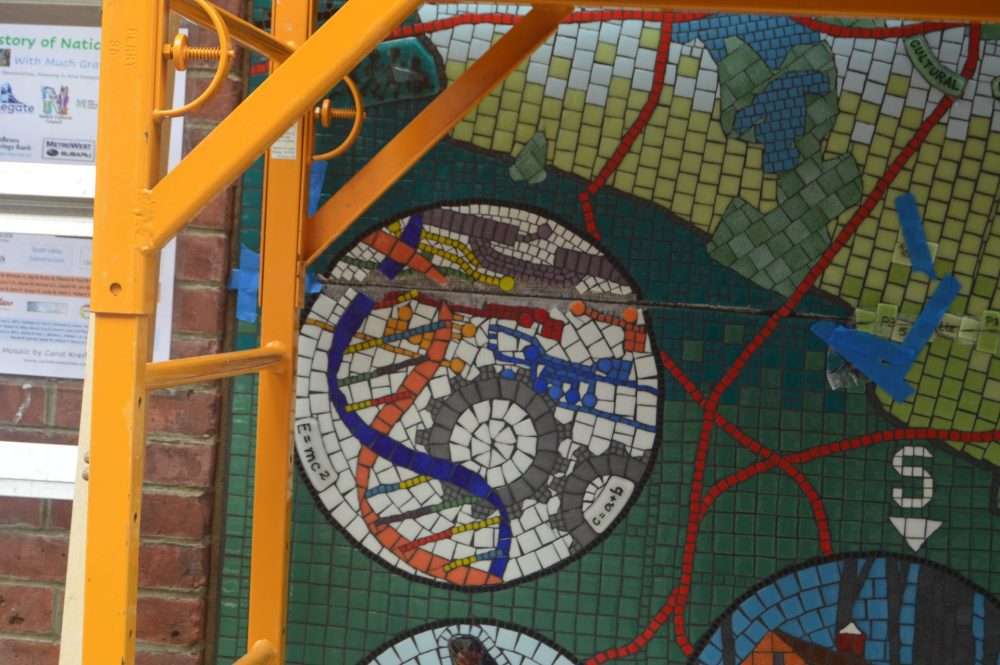 The Natick Historical Society presents a stroll though South Natick as the latest in its series of walking tours. Join local historian Terri Evans on Sunday, October 17, 1pm-2pm, at the entrance to Memorial Hall, 45 Eliot Street. The tour will include discussion of the 17th-century “Praying Indian” settlement and of the 19th-century local residents who inspired the characters in Harriet Beecher Stowe’s novel, Oldtown Folks.

Tours are capped at 12 people. This program is FREE and open to the public. The tour will last 45-60 minutes. Advanced registration is required. You can register for this tour here.

We know from experience that spaces go fast for these Historical Society walking tours—the Walnut Hill neighborhood tour scheduled for October 2nd has been filled up for a while. Get on the waitlist for the Walnut Hill tour by emailing rsb@natickhistoricalsociety.org

A crowd of about 30 gathered under overcast skies in Natick to attend Memorial Day observances that started off with a flag raising ceremony at the Community Center.

Unfortunately, during that part of the observances an audience member moved to the front of the crowd and displayed a Confederate flag. Local news TV stations have flocked to Natick on this story.

In a statement, State Senator Becca Rausch and Natick Select Board Chair Karen Adelman-Foster said, “We are shocked, dismayed, and horrified that an audience member at this morning’s Memorial Day observance moved to the front of the crowd and displayed a Confederate flag. In doing so, this individual desecrated the Grand Army Civil War Memorial in Natick Center, the memories of all people who have fallen in defense of equality and freedom, and each and every person now fighting for meaningful anti-racism, diversity, and inclusion in our communities. While this individual acted on his own, we apologize to everyone hurt or harmed by this act. We condemn this act outright, and remain steadfast in our commitment to advancing our shared values of justice, equity, and freedom.”

Natick’s war memorials are largely concentrated within a few blocks downtown, making it easy to take a tour from the Revolutionary War to the present.

Memorial squares are also spread throughout town, and you can find a directory of them thanks to an Eagle Scout project.

(We’re sure we’re missing some. Fill us in by letting us know where they are or feel free to share photos if you have any we can use: natickreport@gmail.com) 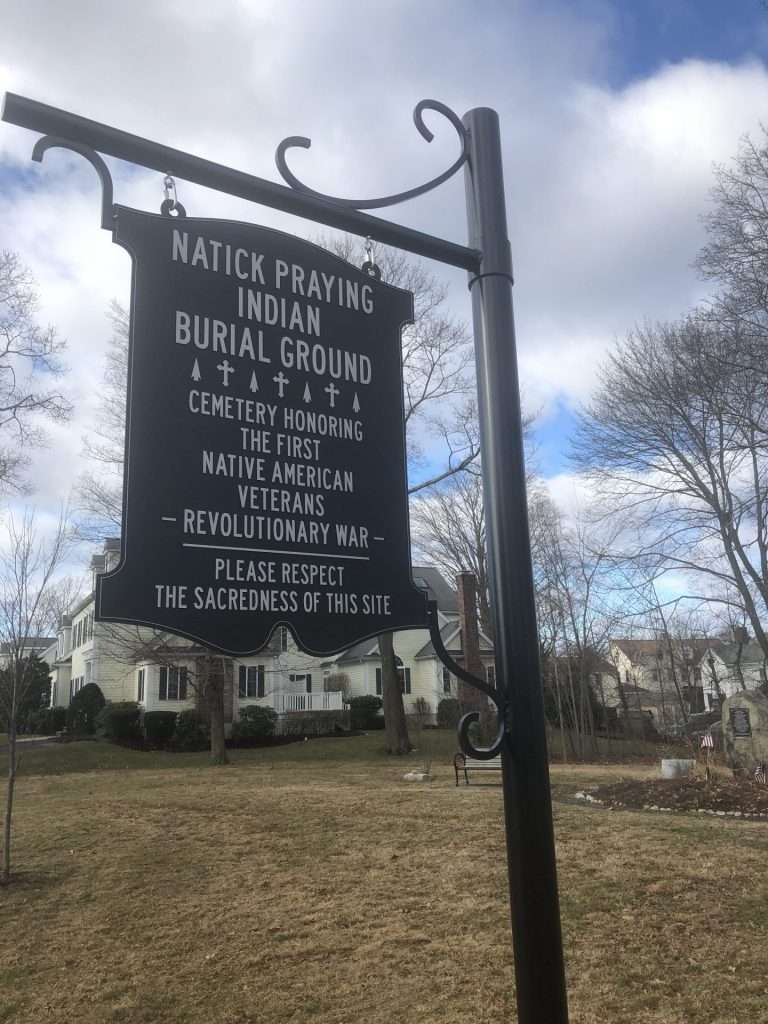 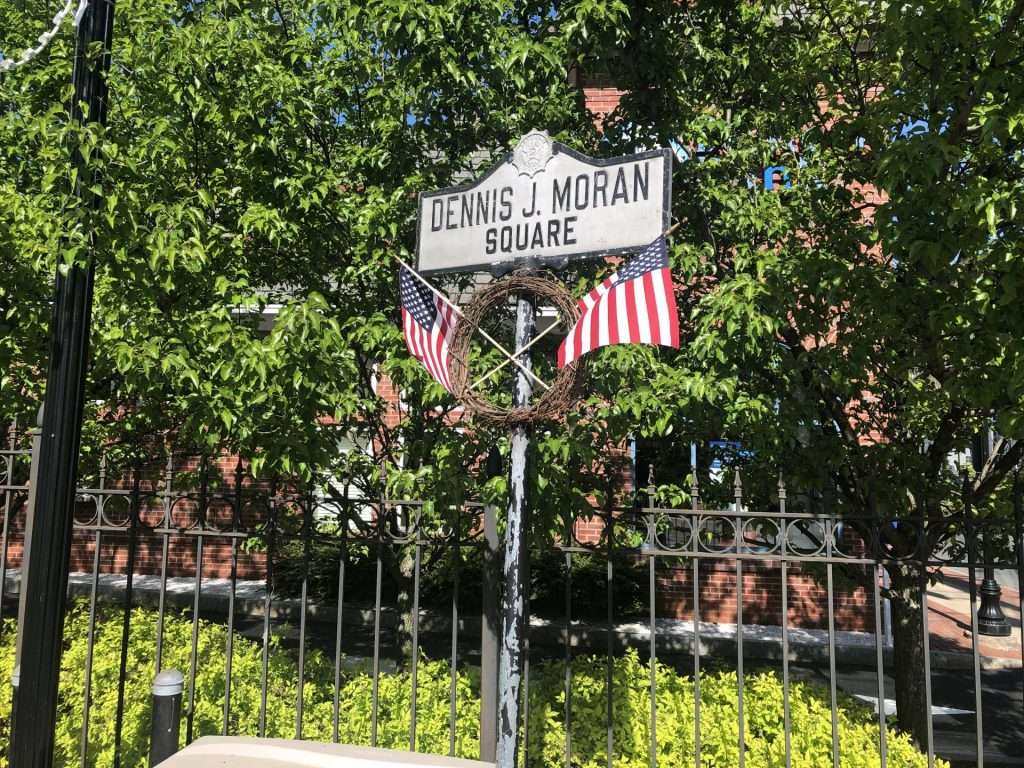 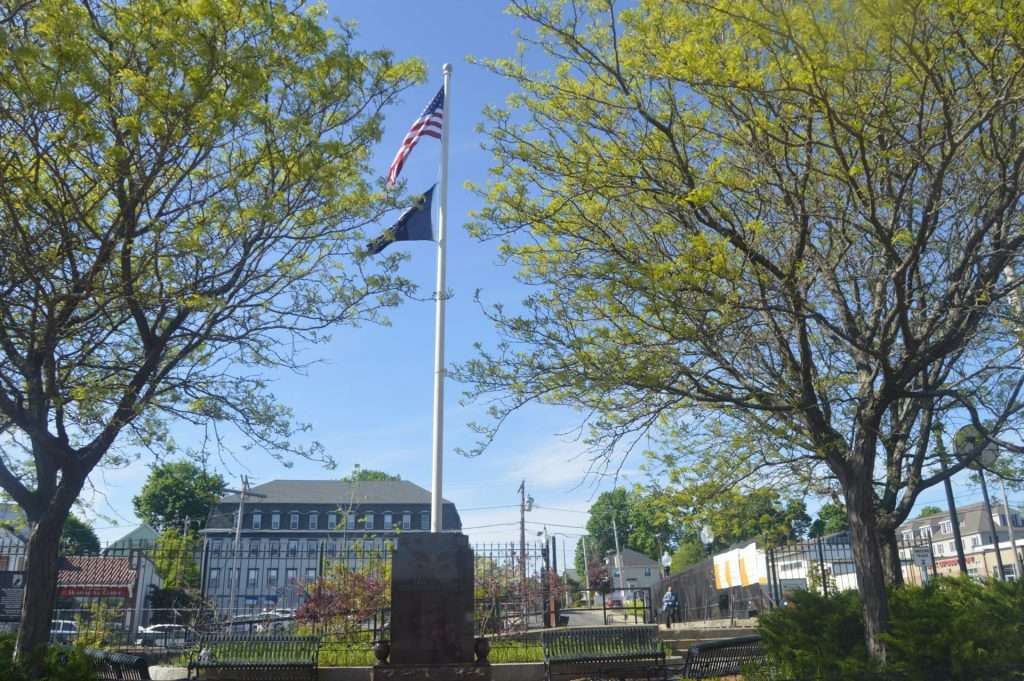 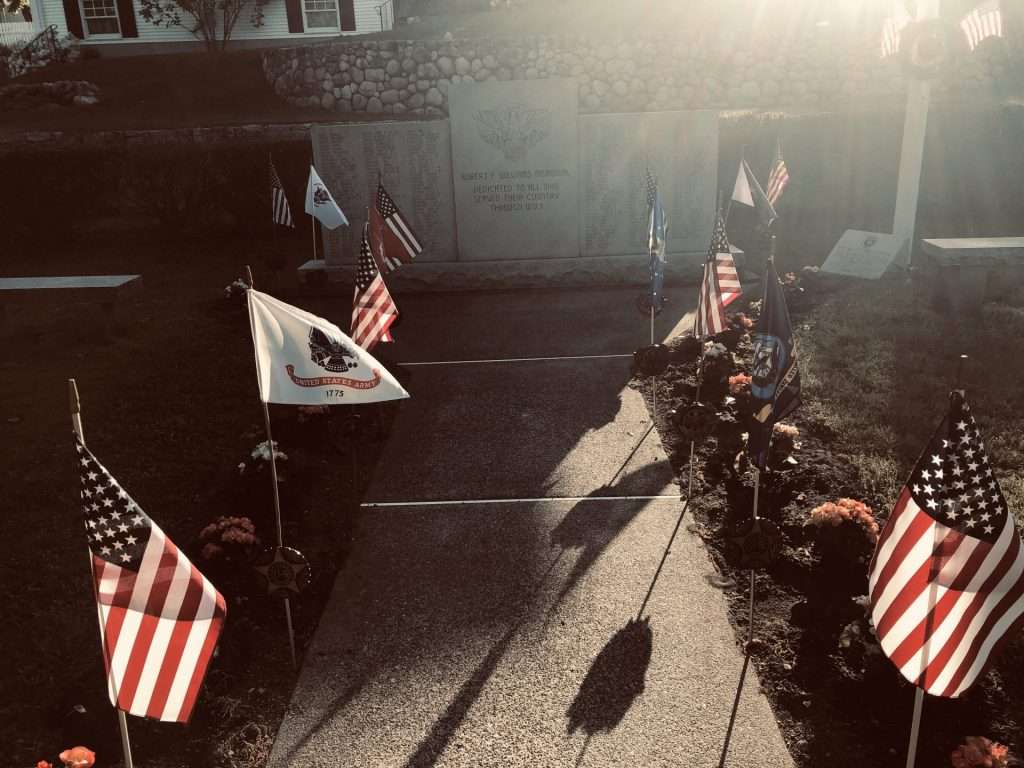 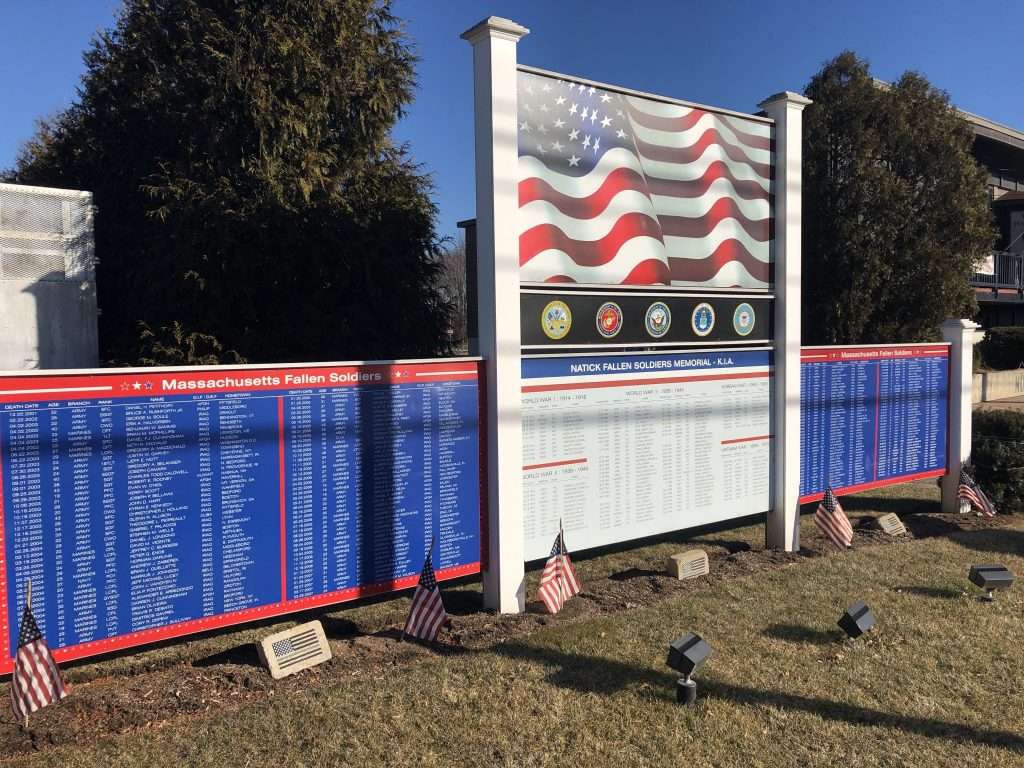 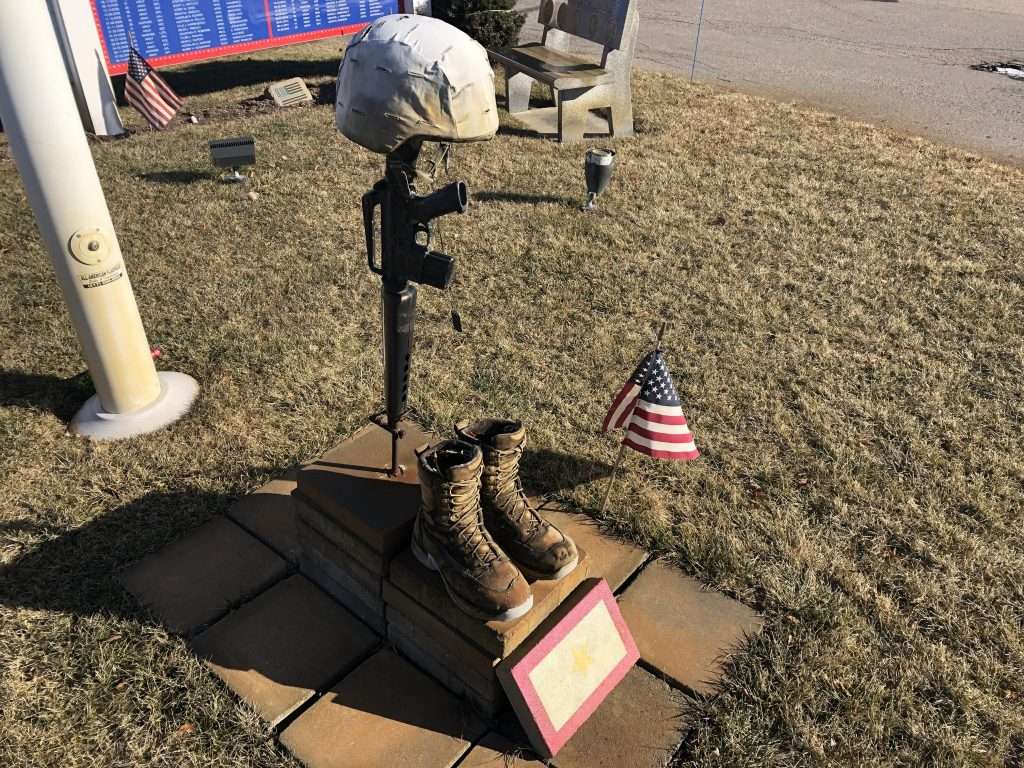 The Town of Natick’s Veterans Services office has announced the program of Memorial Day observances, to take place on Mon., May 31:

11:30am, Services at Natick Common

Flags are available at Community Service Building to decorate the graves of Natick’s 3,500 veterans

For questions or to RSVP:

For the second year in a row, the Board of Directors of the Friends of the 4th has canceled the traditional Natick Fourth of July parade. A message that appeared last month on the nonprofit’s website said, “There are many factors that led to our decision including the uncertain timeline for the vaccinations, return to larger gatherings, the safety of our parade participants and attendees, and the financial obligations involved in putting on a traditional parade.”

Friends of the Fourth has made alternative plans for the holiday weekend which include a “Go 4th and Explore Natick” initiative. 4th of July festivities will include a city-wide scavenger hunt that will take participants deep into Natick’s history. A  patriotic house-decorating contest is also on tap July 1 – 5, with prizes for the top four winners. More details to come.

​Local downtown businesses will also likely get into the act by decorating their storefronts.

“As you know, we are a non-profit that depends solely on donations and sponsorships and we believe that it would be irresponsible for us to ask for both during these difficult financial times,” organizers said on the Friends website. “We ask if you are able, please donate to the Natick Service Council to help those in our community who need assistance.”