The Natick Police Department has posted the application for its free summer youth academy, a weeklong program in which kids age 12-14 learn the ropes of police work.

Applicants will be considered based on community and school standing, with applications due by April 15. 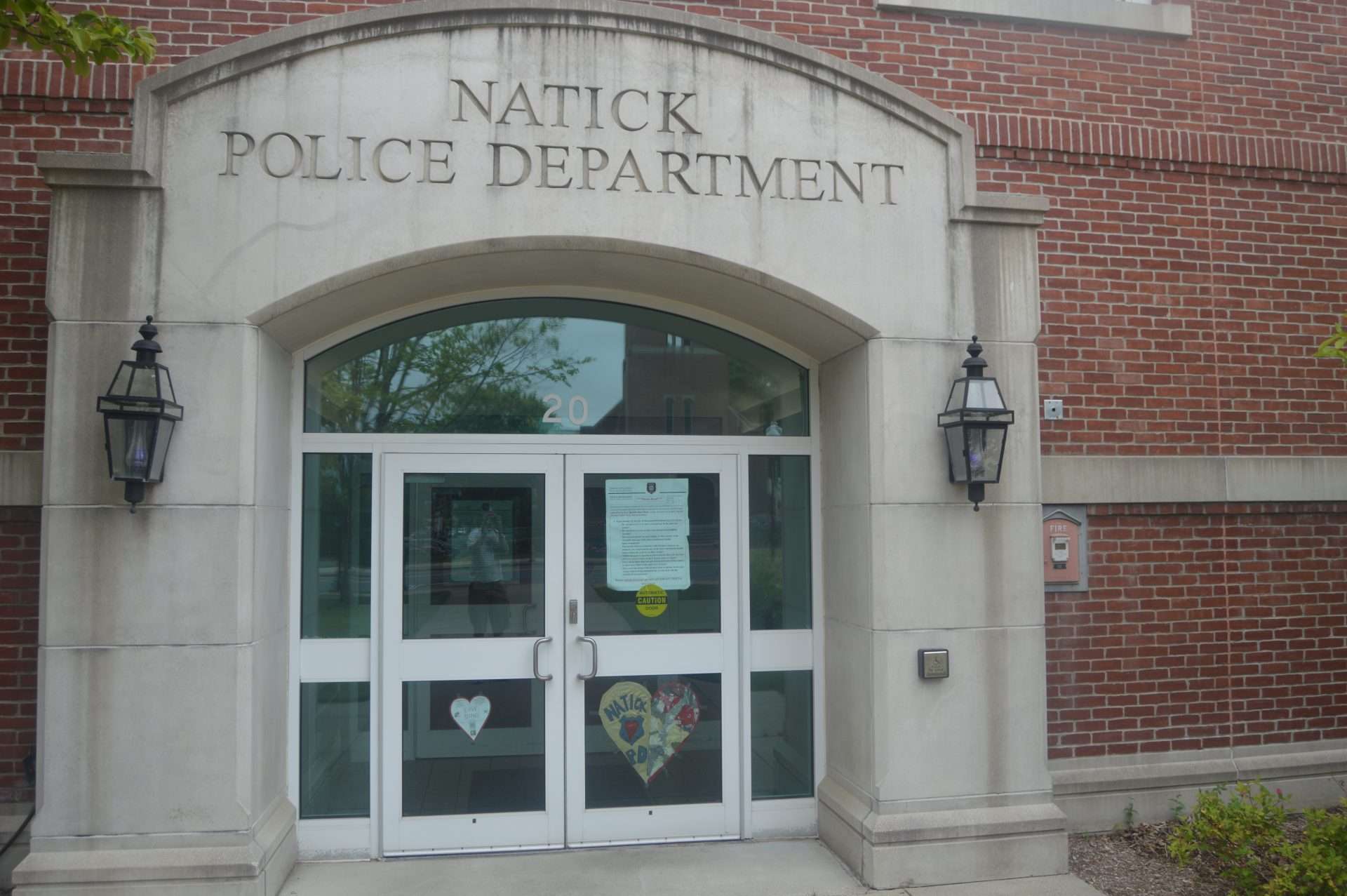 The Natick Select Board on Thursday accepted the resignation of James Quilty as a police officer following his guilty plea to 3 counts of indecent assault and battery in Middlesex Superior Court earlier this week.

The charges stemmed from an incident in April 2020 when Quilty repeatedly touched a Natick Police Department dispatcher against her will at a post-midnight shift gathering on Easter morning. Department members drank in a gravel parking lot near the Henry Wilson Shoe Shop on West Central St.

Quilty’s brief resignation letter preempted a Select Board executive session (closed door meeting) slated for Thursday afternoon during which the Board was to consider Quilty’s discipline or dismissal.

The Select Board, Town Administration, and Natick Police Department determined that Quilty had become ineligible to serve as a police officer in the town or state due to his conviction for a felony. His resignation will be reported to the state’s POST Commission, which oversees certification and decertification of officers, as well as the National Decertification Index.

Quilty, a sergeant at the time, was put on paid administrative leave on July of 2020 and suspended without pay this past January.

The town issued a statement that includes links to supporting documents, including an independent investigation report from September of 2020 that concluded Quilty’s advances were unwelcome and against the town’s sexual harassment policy and police rules.  It documents the April 12 incident, summarizes interviews with department members (noting that it appears officers coordinated their accounts before being interviewed) , and provides a timeline of what was and wasn’t reported, including by Lt. Cara Rossi, now Ashland’s police chief.

From the Middlesex District Attorney’s office:

Judge Kenneth Salinger found the defendant guilty and sentenced him to three years probation, ordering the defendant to register as a sex offender and complete all required sex offender treatment, to undergo both mental health and substance abuse evaluations and all follow up, and to stay away from and have no contact with the victim or her family.

James Quilty remains on unpaid administrative leave. The Natick Select Board is set to convene as early as possible to fully review and make an expeditious determination with regards to the employment status of Officer Quilty.

The Natick Select Board is slated to meet on Thursday, Dec. 15 at 4pm and shortly thereafter will go into executive session (not open to the public) to discuss the Quilty matter.

Following a series of news reports on a Natick Police officer suspended for an alleged assault on a department dispatcher, the town has issued a press release outlining a timeline of how it’s been handling the situation since mid-2020. The town’s handling of the situation has come under scrutiny from the reports.

The Framingham Unfiltered blog has been tracking this case since last year, and this week WBUR and others have published reports gaining greater notice. The reports describe an alleged assault by the police department’s James Quilty in 2020; the 20-plus-year veteran of the force was indicted late last year on 3 counts of indecent assault and battery in Middlesex Superior Court.

The officer has been the subject of Natick Select Board executive sessions (these are held behind closed doors), as listed on meeting agendas over the past couple of years.

The town’s statement issued on Nov. 1 and listed on the Select Board’s Nov. 2 meeting agenda, reads:

The Town of Natick is committed to ensuring fair and transparent communications relating to an incident involving Natick Police Officer James Quilty, who is currently out on unpaid suspension. This update provides a detailed timeline demonstrating the responsiveness of Natick Town officials, while also operating within the limitations imposed by ongoing legal matters and statutory requirements.

As jointly stated by Select Board Chair Paul Joseph, Town Administrator James Errickson, and Police Chief James Hicks, “The Town of Natick strives to be transparent and as timely as possible with all updates provided to the residents of Natick and the public at large. We’re providing this timeline and accompanying documentation in an effort to summarize all shareable facts, as the law permits, given multiple, active legal proceedings pertaining to this incident. We fully appreciate the significance and sensitivity of this matter. We’re confident that this timeline illustrates our earnest attempt to balance transparent communications and the realities of legal due process.”

The release includes a timeline of events and links to several relevant documents.

Update (11/3/22): The Natick Select Board at its Nov. 2 meeting issued the following statement about its press statement, condemning sexual harassment and assault, and explaining how it handles sensitive information.

No public speak was allowed on the subject at the Nov. 2 Select Board meeting because it was an agenda item, and because, the Board won’t engage in public conversation about it at this point. So 1-way communication on this for now.

Natick is holding a Prescription Drug Take Back Day event on Saturday, Oct. 29, from 10am-2pm., as part of the U.S. Drug Enforcement Agency campaign. The aim is to prevent substance abuse and improper disposal.
The Natick Police Department (20 E. Central St.) takes the lead on this locally, with support from Natick 180 and others. According to the Natick Health Department, 170 pounds of unwanted or expired medications were collected in the April edition of this twice-a-year event.
Drugs can be dropped off at the Natick Police Department or at the second floor pedestrian bridge of Wegmans at Natick Mall (1245 Worcester St, 9 West).