Easter falls on Sunday, April 17, 2022, and a happy one to those who celebrate the religious holiday. In-person services are back this year, and masks are encouraged by some churches, and required by others. For those who wish to celebrate at home, live streaming services will be available by most churches.

Whether you choose to attend in-person or online, all the services and masses will be celebratory, and all are welcome.

Make sure you check church websites for all the Holy Week details.

You can find links to Natick churches on our Where to Worship in Natick page.

Don’t see your Natick house of worship on our Where to Worship page? Contact us at natickreport@gmail.com for inclusion. 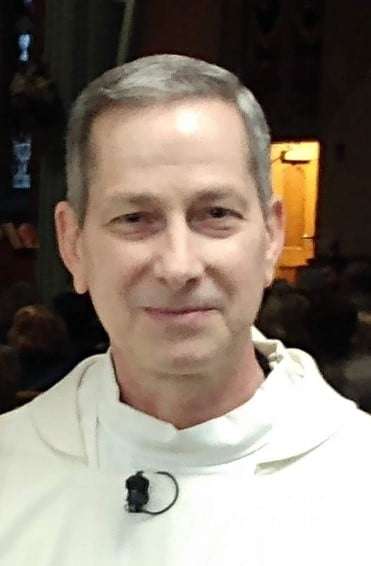 “We are heartbroken to announce the passing of our wonderful Pastor, Father Mike MacEwen. After a lengthy and courageous battle with cancer, God called Father Mike home on Wednesday. We ask you to keep Father Mike and his family in your prayers. He will be missed dearly by the countless people he touched throughout his faithful life of over 35 years of priestly service. Eternal rest grant to him, O Lord, and let perpetual light shine upon this good and holy man,” read a post by the Natick Catholic Community of St. Linus and St. Patrick.

Visiting Hours in St. Linus Church will be held Monday, March 21 from 4-7pm.

Father MacEwen’s funeral mass will be celebrated in St. Patrick Church on Tuesday, March 22 at 11am. Cardinal Seán P. O’Malley will preside, and Bishop Robert Reed will preach the homily.

We share our condolences with family, friends, and parishioners.

Visit the Chabad Center of Natick and Temple Israel of Natick websites for more information on local services.

First Church Natick, along with many other area churches, has started ringing their steeple bells 20 times at 10am over ten consecutive days. Listen for the bells each day through October 6th. The symbolism behind the tolling is to remember the 200,000+ Americans who have died from COVID-19.

The ringing of the bells is also a way for churches to express their care for those grieving the loss of loved ones, friends, and neighbors, and to signal that they are not forgotten. By following the old tradition of ringing church bells when a community member dies, the dignity of each life lost is marked. As they ring, the church is called to prayer on behalf of all who have suffered because of the coronavirus pandemic.

The ringing of church bells is part of an ancient tradition to mark the passing of a member of the community and to serve as a witness to loss. According to The Church Bells of England, by H.B. Walters, “The ringing of a church bell in the English tradition to announce a death is called a death knell. The pattern of striking in earlier times depended on the person who had died; for example in the counties of Kent and Surrey in England it was customary to ring three times three strokes for a man, and three times two for a woman, with a varying usage for children. The age of the deceased was then rung out. In small settlements this could effectively identify who had just died.”

Temple Israel of Natick has been awarded $100,000 in federal funds aimed at helping it secure its location and operations.

According to the state, which doles out the funds on behalf of the U.S. Department of Homeland Security’s Federal Emergency Management Agency, “Each grant supports target hardening and other physical security enhancements at sites determined to be at high risk of a terrorist attack.”

Overall, the state distributed $1.6M in grants to 18 organizations. Many of the grants went to temples and chabads in light of anti-Semitic hate crimes that have taken place around the country and world.