As we reported earlier this year, Natick is reviewing its alcoholic beverage licensing policies with an eye toward updating them to address evolving lifestyle habits and business demands. The Select Board this week received an update on that review, and everything from current alcoholic beverage revenue ratios and minimum seating requirements for establishments to allowing BYOB at restaurants without a license is on the table.

The status of the review report includes a table outlining current rules and proposed changes for numerous license types that would give the town more leeway to adapt to new opportunities, and reap the benefits of additional option taxes.

Select Board Chair Paul Joseph, a member of the small working group reviewing the rules, said the hope is to make Natick more agile and progressive when it comes to considering new business models that involve alcoholic beverage licenses. So far this year the team has met monthly, informally surveyed the public (about three quarters of 149 respondents said they were disatisfied or very disatisfied with current rules regulating alcoholic beverages in town), reached out to businesses, and collected information on safety and health related to alcohol use and abuse.

“There’s been a lot of talk in the community about some of the rules and regulations that have restricted or basically cost opportunities for the town,” Joseph said during the May 18 Select Board meeting. “We’ve had potential restaurant owners and pub owners consider Natick but because of certain rules that we have in place they chosen to land their businesses elsewhere.” 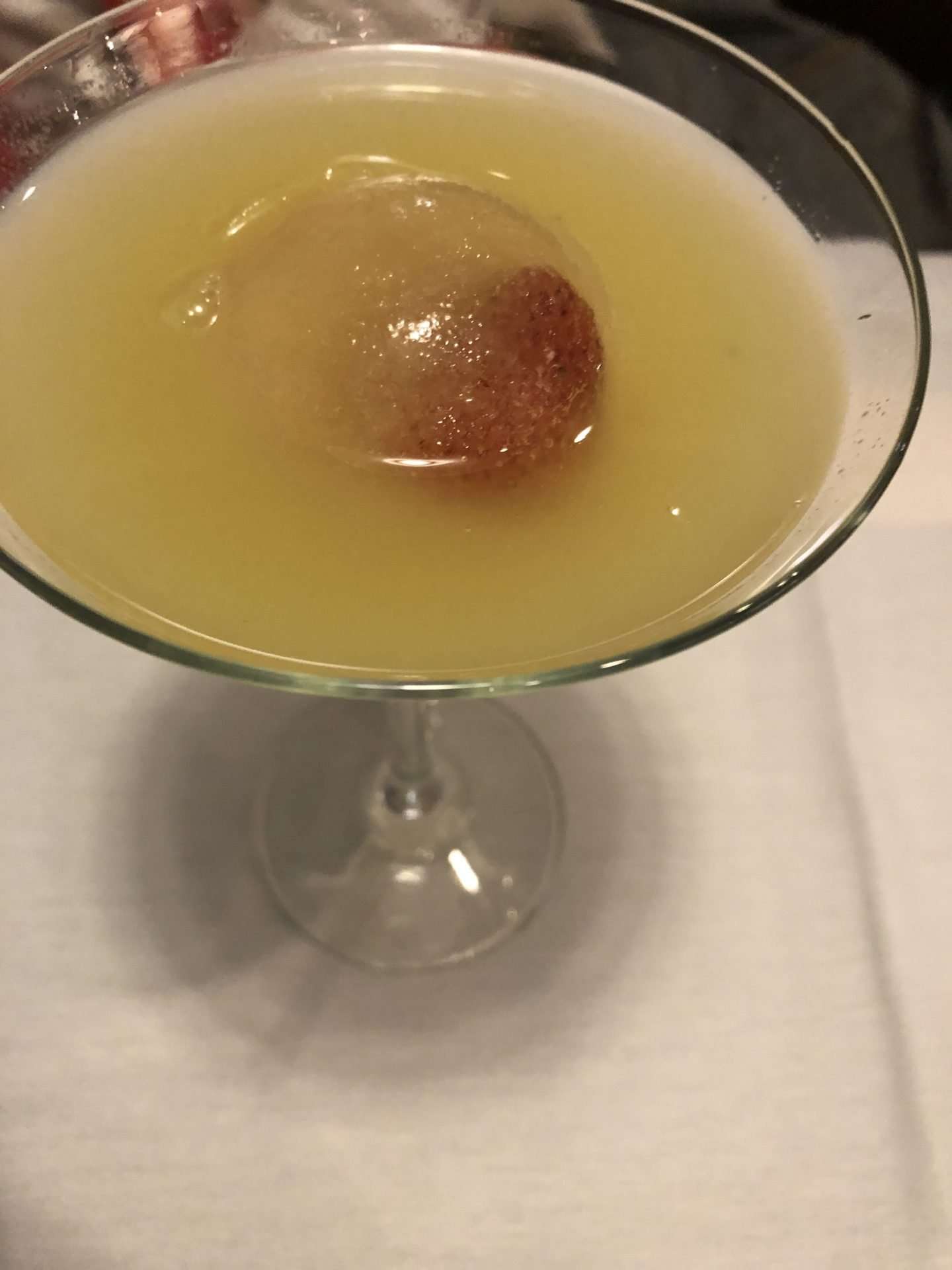 The team has recommended ditching such a requirement.

Another rule up for debate is that requiring an establishment have at least 100 seats to qualify for an all-alcohol license and have at least 15 seats for a beer and wine license. Eliminating such rules would give the town and businesses more flexibility, something that’s proven to be needed since the pandemic began. New business models have emerged nearby, such as in Framingham, where breweries partner with food trucks to serve patrons. Another possibility could be allowing a golf course like Sassamon Trace to have a beer cart.

Wellesley has eased its seating restrictions, and now has attracted the likes of Laughing Monk Cafe, a new 20-seat restaurant that’s allowed to serve alcohol. Indeed, Natick is looking closely at such moves made by other communities.

“Rather than restrict through this bylaw some arbitrary numbers that will dictate the footprint of a service venue, we felt it was better to allow that flexibility and let the opportunities present themselves and then debate them in a public forum as we always would before considering issuing a permit,” Joseph said, who noted a trend toward smaller retail spaces becoming available.

While this might sound as though Natick might soon change its name to Miami Beach, Joseph said along with more flexible licensing policies might come the embedding into the town’s rules and regulations stricter policies around violations, including escalating penalties. Security cameras could be required in consumption areas as well, and more flexible bartender and staff training could be allowed (online as well as in person).

New opportunities for permits or new latitude for operators “comes with it additional and very clear responsibility,” Joseph said during the Select Board briefing.

Joseph is optimistic that changes could be adopted by the Board as soon as this summer.

Separately, Town Administrator Jamie Errickson noted that Natick has gained an off-premises full alcohol license due to its increased population per the last census (so the town’s allotment rises to eight). The town is figuring out what the process will be to dole that out.

Errickson said the town has also learned of late it has seven malt (beer) & wine off-premises licenses available for issuance. It is looking to come up with a fair process by which to make its various alcohol licenses available.

Natick Above the Influence, a youth group of the town’s Natick 180 Coalition, recently visited local alcohol retail outlets to place 2,000 stickers on cases of beer and other alcohol products that say, “Natick youth want to remind you that it is ILLEGAL to buy alcohol for minors. Only 21+.”

This took place at the start of prom and graduation season in hopes of encouraging adults not to provide alcohol to those who are under age.

The Natick Select Board will hold a public hearing on Wednesday, May 18 at 6:30 p.m. to consider an application from Austin Liquors Too for a change of location from 212 North Main St., to 45 Worcester St., currently a Bernie & Phyl’s furniture store location on Rte. 9 west that was also in the running recently for a cannabis shop.

Austin Liquors is also looking to go back to being called Fannon’s.

Lookout Farm invites diners back outside

It’s out with the Greenhouse and back in with The Lookout at Lookout Farm at 89 Pleasant Street in Natick.

The reopening this Friday of the outdoor dining at picnic tables spread across a scenic landscape is a sure sign that better weather is on way. (No dogs allowed.) 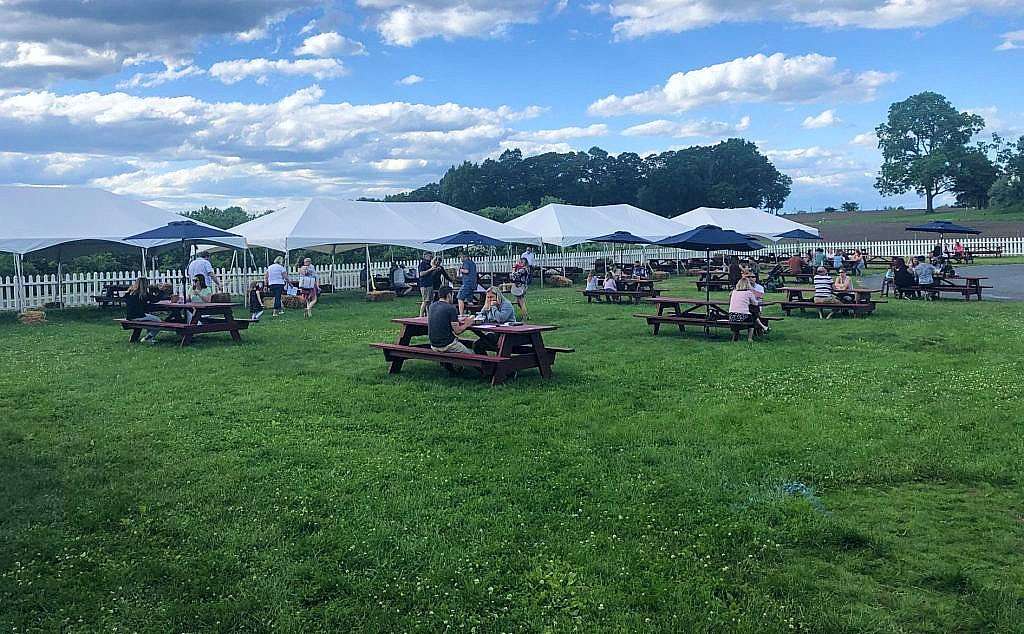 The MutualOne Charitable Foundation has awarded $10,000 to SPARK Kindness to support its “Resilient Community” speaker series.

The program series has been designed to support the emotional and mental health of families most affected by the ongoing impact of the COVID-19 pandemic by providing free virtual programming.

TCG Network Services, one of those Natick businesses that you maybe, kinda recognize depending upon what you do for a living, has been acquired by a Pittsburgh firm called Magna5.  The firms basically do the same thing: they manage IT and offer cybersecurity services to organizations, and TCG is Magna’s second acquisition in the past 12 months. 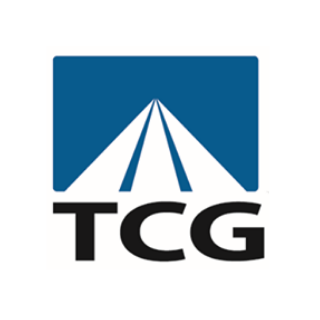 “It really is a partnership – our co-founders, Frank McDonough and John Stone, have an extremely collaborative relationship with the management team at Magna5. The mutual trust they have has set the tone,” he says. TCG touts the expanded resources it will have to offer customers through economies of scale, and new advancement opportunities for employees.

“Our engineers can also rely on additional after-hours technicians that we didn’t have before, which is huge. When it comes to preventing or ending a downtime event, every minute counts,” Browning says.

TCG has done IT work for more than a thousand locally-based organizations over the years, including schools and non-profits. The union with Magna5 will give TCG more geographic reach. The business has operated in MetroWest for 30-plus years, starting in Framingham and moving to Natick a few years later. It has 33 staffers between its Natick and Boston locations, including remote workers.

While TCG offers a wide range of IT services, its cybersecurity offering dubbed CyBlok is its current big draw, supplemented by project management.

While its owner is now in Pittsburgh, TCG plans to keep its local focus. It has a track record of community involvement that includes participation in local business chambers, working with veterans, sponsoring the annual Tour De Natick cycling event and MassBay’s Information Security Summit, and offering e-waste recycling for Earth Day.

Can’t have too many basketball arcade games

Congrats to Skybokx 109 Sports Bar & Grill for getting Natick Select Board approval in March to install a couple of indoor basketball toss arcade games alongside its pool tables. 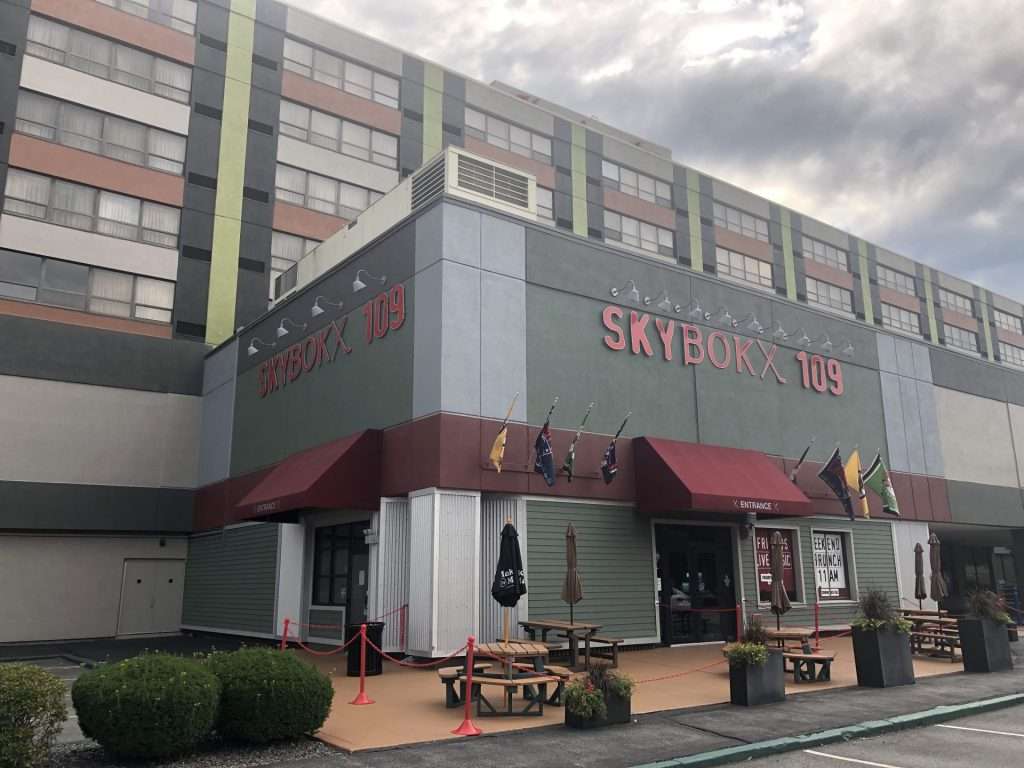 The 7 South Bottle + Kitchen restaurant readying to open this spring in the former Dolphin space in downtown Natick, has been serving updates on its Facebook page about everything from its new tiles to hardwood floors. 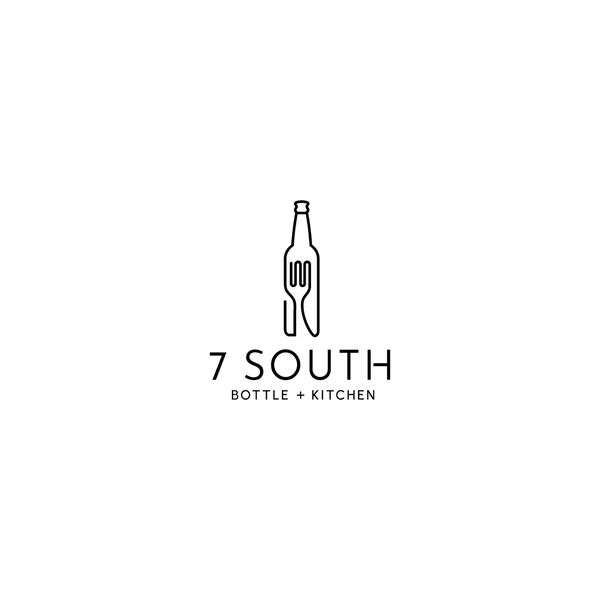 The new Natick Nutrition cafe at 22 Main St., in the center of town had hoped to open much earlier in the year. But a December launch has its charms, too, as we discovered upon our first visit on an unseasonably warm morning that allowed the owners to keep the front door wide open to the curious.

We met mom-and-daughter owners Kathleen and Brittany, who put plenty of elbow grease into readying their shop for the public over the past several months. That included ripping up carpet, finding just the right sinks, and just completely renovating the space. Multiple flooring laters were discovered under the carpet, Kathleen said.

The place now has a modern farmhouse vibe that will soon have a lot more places to sit as well, including countertop seats.

Brittany honed her skills for Natick Nutrition by working at the Milford shop, while mom Kathleen has been a longtime consumer of the products.

We parked ourselves in front of the faux fire in a couple of cozy armchairs, and served as a Christmasy window display as we sipped on our protein-packed smoothies.

Deborah went for the sweet Strawberry Banana version, while Bob went no further on the menu than item #1 that day, Banana Cream Pie, with graham cracker crumbs sprinkled on top. How often do I get pie for breakfast?

Both of the $8 smoothies hit the spot and kept us going until lunch.

You won’t see Natick Nutrition jamming a bunch of fruit or veggies into a blender to concoct its smoothies. Its ingredients are based more on special protein powders that include vitamins, soy, whey, beet extract, and come from Herbalife, an outfit that has its share of proponents and detractors.

If smoothies aren’t your thing, mega-teas and other caffeinated drinks are on tap to keep you energized.

Natick Nutrition is one of numerous such franchises, including locally in Milford and Marlborough. It replaces Java’s at 22 Main St. within Natick’s Masonic Block.

The owners say they are looking to sync up with other local businesses, and in fact were collecting and displaying others’ business cards on their counter, hoping others will do the same for them.

The owners of Dolphin Seafood have announced on Facebook that the longtime Natick Center restaurant will be closing at year end, and that a new restaurant called 7 South Bottle+Kitchen will take its place in the spring. 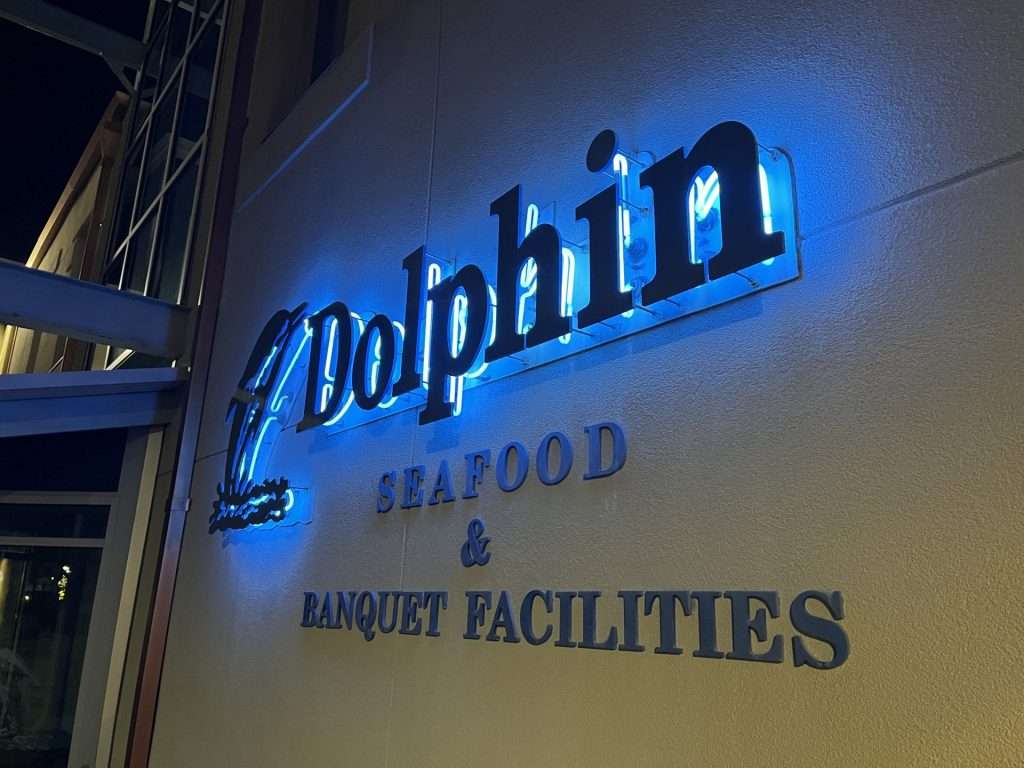 Peter Giannacopoulos opened the restaurant in 1975, and according to the restaurant’s website, has been making the Boston-to-Natick loop to bring fresh seafood to diners.

The reaction from the public included lots of references to the “bittersweet” news, as people reflected on friends made with other patrons and staff. Others thanked Dolphin’s owners for their contributions to the town, but said they were ready for something new.

More: Where to eat in Natick