Lola’s Italian Groceria, located in Natick Center and run by Anthony Matarazzo, has been continuing its sales through take out orders while taking steps to ensure safety and sanitation. Lola’s has a second, smaller, location in South Natick located on Eliot Street. The South Natick location can only allow one customer inside at a time right now, and is take-out only. The Natick Center location still has in-store orders.

Customers have been willing to go along with social distancing guidelines within the store, and have made it easy for Lola’s to prioritize the safety of their customers and staff. There are no plans to create outdoor seating, simply because the sidewalk is too small. As of right now the majority of orders are takeout orders, with a majority of these orders being dinner, as opposed to the typical orders of sandwiches. It seems that the people of Natick still want hot dinners from local restaurants, even if they can’t eat them on site. Some of Lola’s dinner items are Cheese Lasagna, Cheese Ravioli with meatballs, and Chicken, Ziti & Broccoli, to name a few. 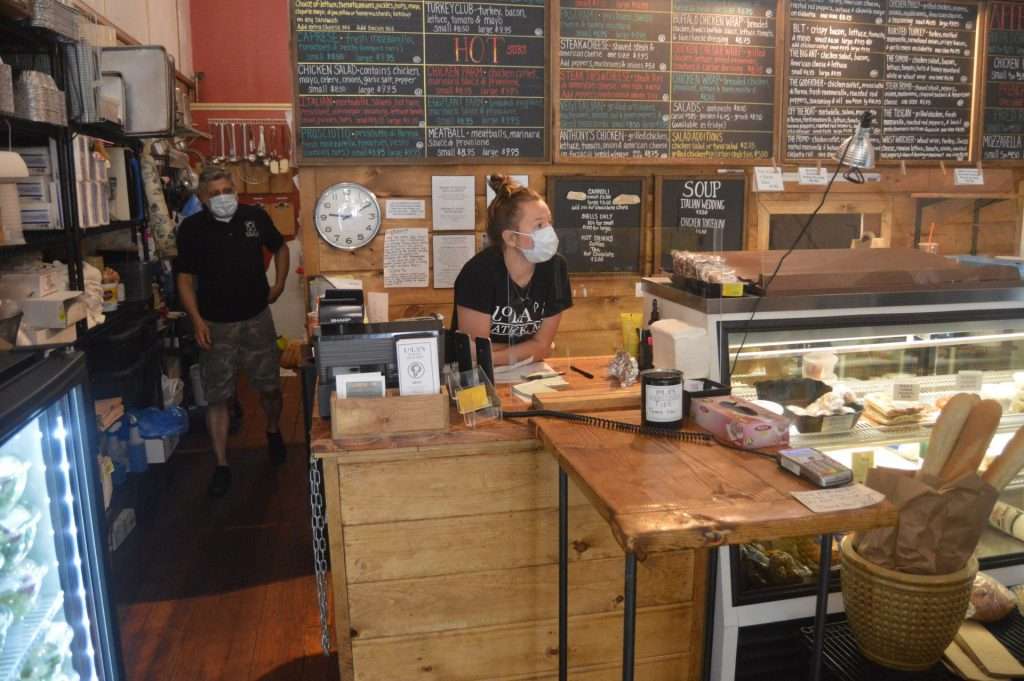 Lola’s has also worked towards helping the Natick community by donating lasagna to the Common Street Spiritual Center, which asked for donations in order to provide the food to those in need.

Is your Natick business back in action? Got something new to share? Let us know: natickreport@gmail.com

The mystery surrounding the start of Phase 2 of the Massachusetts reopening plan has been solved: It officially was Monday, June 8. Now retailers can let a limited number of people in and restaurants can begin offering outdoor dining.

We swung by Natick Mall on Monday early afternoon and had plenty of room to maneuver. But shoppers had started to brave the squeaky clean stores, including Journeys, Macy’s and others. You really didn’t have to try too hard to socially distance though.

The Mall is open 11am-7pm Monday-Saturday and noon-6pm on Sunday. Success will depend on both retailers and shoppers playing by the new rules: “New measures have been implemented to help ensure the health and safety for all who enter the Mall, including hand-sanitizing stations, touch-free interactions, frequent and intense cleanings and social distancing directions.”

Some typical services, like play areas and stroller rentals, are off-limits for now.

As for restaurants, Natick officials are looking to grease the skids to help eateries offer outdoor dining, and serve alcohol, perhaps in creative ways for those that don’t currently have much in the way of outdoor territory. Discussion took place at Monday’s Board of Selectmen meeting, where James Freas, director of community & economic development, discussed a 4-step process to handle incoming applications. Those requiring expanded alcohol licensing would be brought before the Board of Selectmen each week. Four applications had already made their way to Freas as of this past Monday.

The Board wondered about whether Natick Common might be in play, and it is, though the logistical challenges (the intersection, restaurants aren’t located right on it), would make its use probably very temporary.

The focus is more on the downtown grid of streets, where accommodations for expanded outdoor dining and drinking could be allowed on sidewalks, streets and parking lanes if coordinated. A transportation design team has been hired to help the town sort this out. Freas says town officials want such space to be allocated fairly and safely, and to be attractive, so as to draw in those who might otherwise be unsure of venturing back into the world. The town will try some things, and change them up if they aren’t working, said Freas, who repeatedly emphasized this is all temporary.

BoS member Karen Adelman-Foster said “The prospect of trying out some tactical suburbanism is a cool one,” and could bode well for future creative use of public space. Freas concurred that this sort of experimentation is a key part of the process.

As we’ve reported, Lookout Farm has big plans to shake up its dining and drinking layout beyond the Taproom and other small venues on its property. The BoS approved the plans during its Monday meeting, and next up with fire inspection of the grilling area.

Among the first to announce its Phase 2 plans was Buttercup, which reopened for outdoor dining on Tuesday, June 9 from 4:30-9pm, and will offer this service Tuesdays-Saturdays. Take-out and pickup are available 12-8pm Tuesday-Saturday. 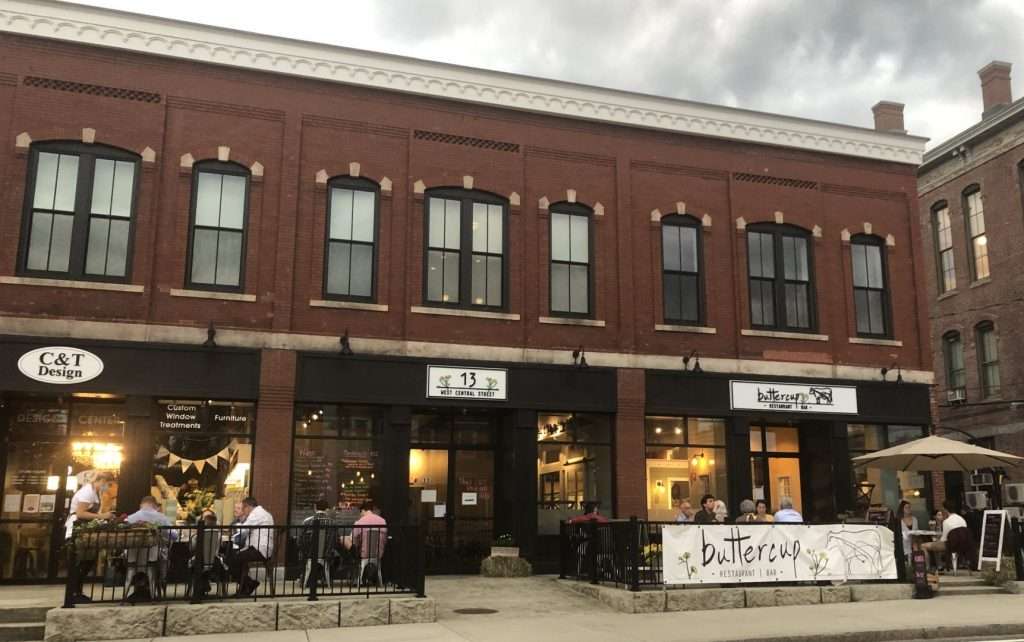 Morse Tavern hopped right on the opportunity to offer patio dining on Monday and had a good crowd, albeit with forced space between parties. You’ll need to call to make reservations. 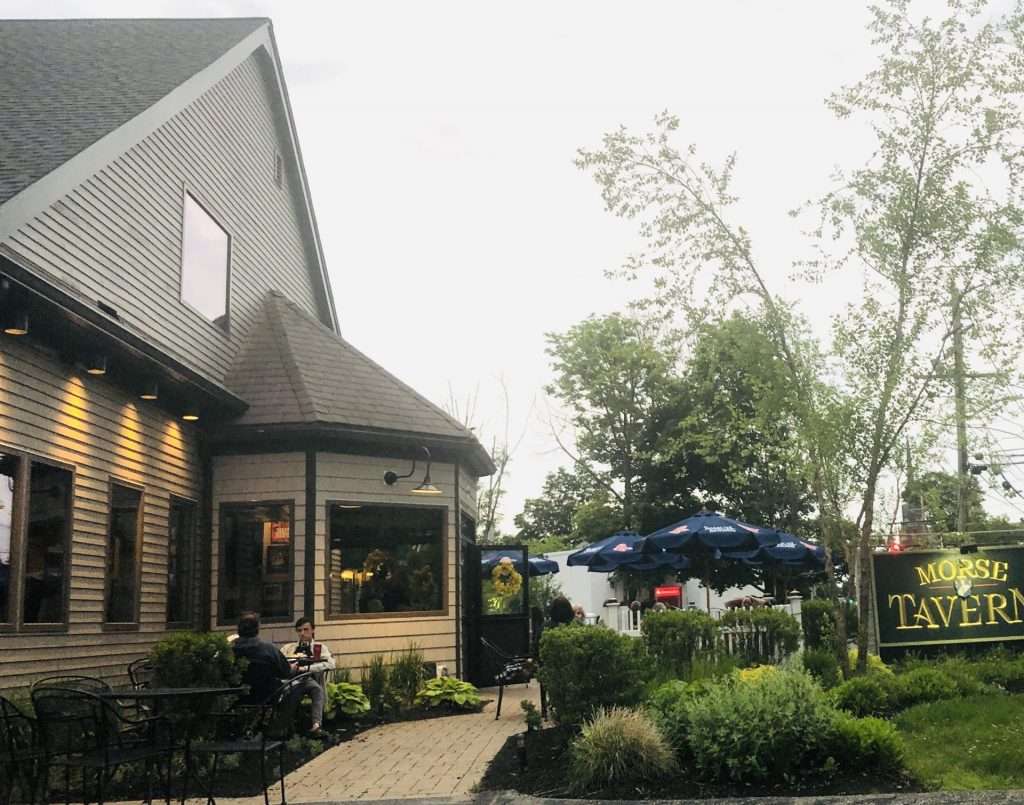 Among others looking to get permission for outdoor dining: Frescafe, which re-opened for curbside and take-out this past week at its Rte. 135 location.

Feel free to keep us posted on your business’s reopening plans or plans for expanded services: natickreport@gmail.com

(Update: (6/10/20). The Board of Selectmen approved the expanded alcohol delivery service area by the farm on 6/8/20 at its meeting. All that was left was for the fire department to approve the grilling area, and it looks like Lookout Farm’s wishes will be granted.

The Natick Board of Selectmen plans to discuss its permit process for temporary outdoor dining at Monday night’s board meeting. At first we thought the most intriguing part was this: “The Town will lead the effort to establish use of public spaces in Downtown Natick for Temporary Outdoor Dining.”

But then we saw that Lookout Farm is on the agenda, too, looking for an expansion of its outdoor licensed premises. As it turns out, the farm is looking to change things up significantly and has a letter of recommendation dated June 5 from the town’s Director of Community & Economic Development, James Freas.

The 180-acres farm looks to consolidate eating and drinking operations, which have included the taproom, Peach Pit and other venues, near its U-barn in a space not to exceed 400 seats dubbed The Lookout. The operation would be integrated with the orchard to provide part of Lookout Farm’s overall “agri-tourism” experience, sunsets, walking trails, fruit trees, and all. Selling points include a spacious enough area to allow 100 square feet per guest, triple that of its current venues.

The farm also pledges to provide a highly sanitized operation, with online reservations and paths between facilities designed to avoid guests cross-crossing one another. If Lookout Farm’s Operations Manager Jay Mofenson gets his way, the farm would be offering eating and dining services 7 days a week starting at noon, hopefully June-October.

In its letter to the BoS, Lookout Farm paints a bleak picture of its future under current conditions—farm operational expenses of $200K per month and revenue but a trickle—unless it can greatly enhance its eating and drinking operations. Even if it could re-open the indoor taproom, doing so profitably would not be possible under social distancing guidelines, Mofenson says.

In a letter dated May 18 to the Board of Selectmen, Mofenson even goes here: “We believe that these operational pivots further enhance the farm experience and short of residential development, is our best chance to generate the essential revenue needed to survive.”

Mofenson also plays the history card in his pitch:

“Lookout Farm and the town of Natick have a symbiotic relationship and shared interest in maintaining the farm as an operational agricultural property. Farming since 1651, Lookout Farm is a very special part of our shared community and with your support, I believe we have a solid plan to redefine ourselves for a successful future.”

Mofenson writes to the BoS that: “Our team is confident that we can successfully adapt to the ‘new normal’ and create a safe and enjoyable outdoor experience for our guests.”

If the town bites, this will be a new normal indeed. 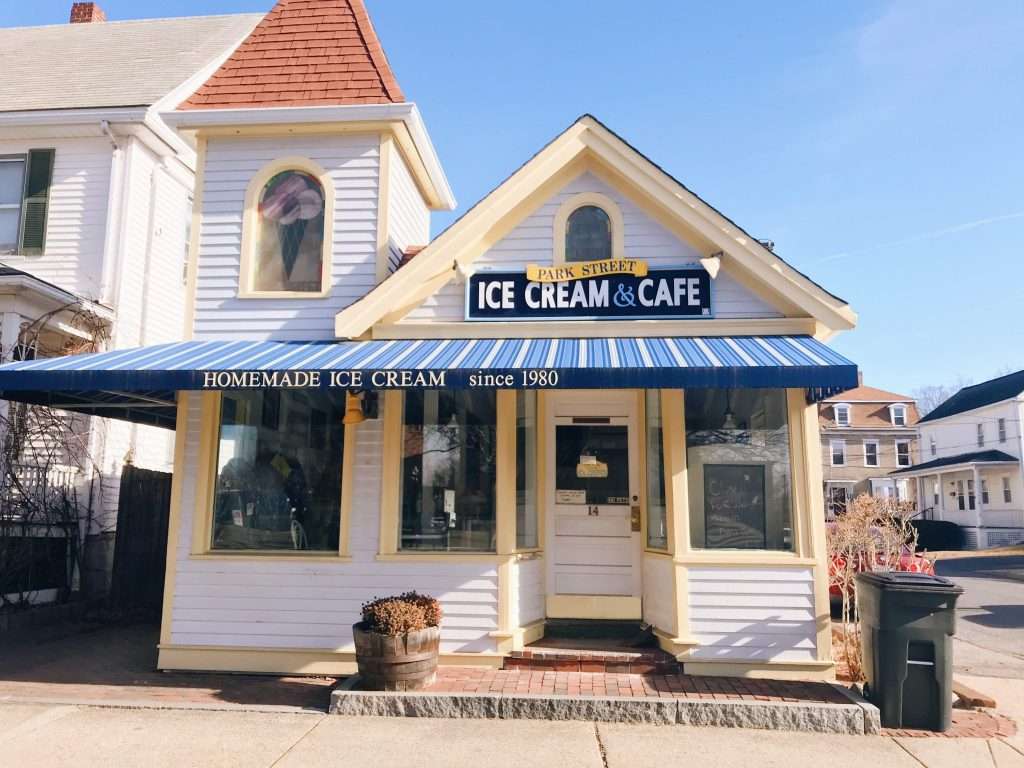 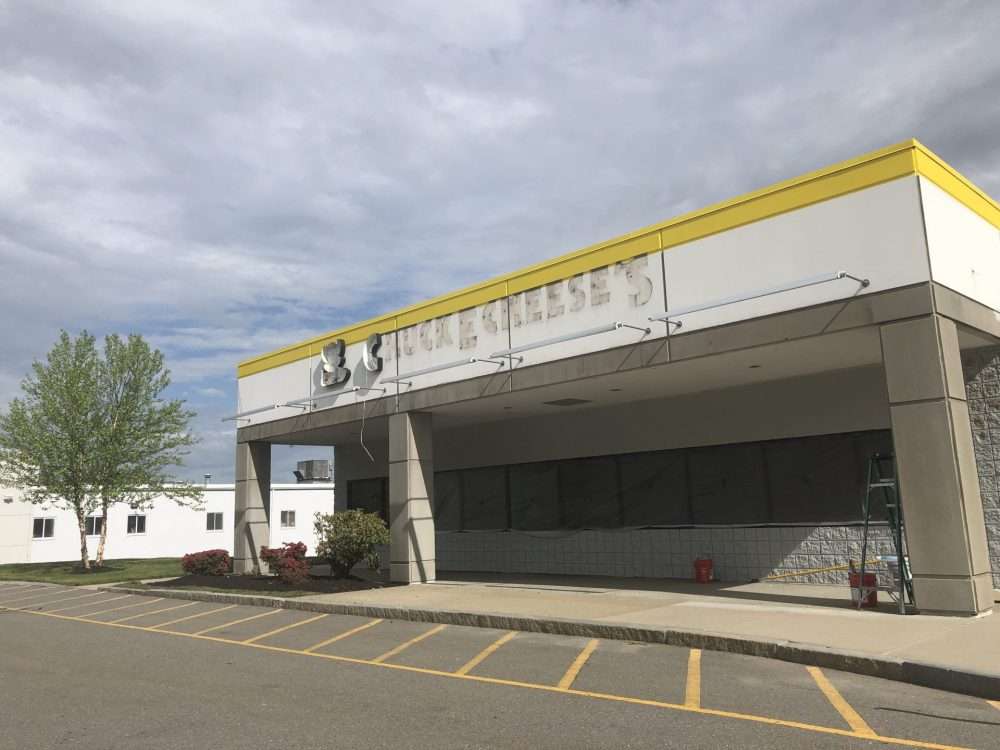 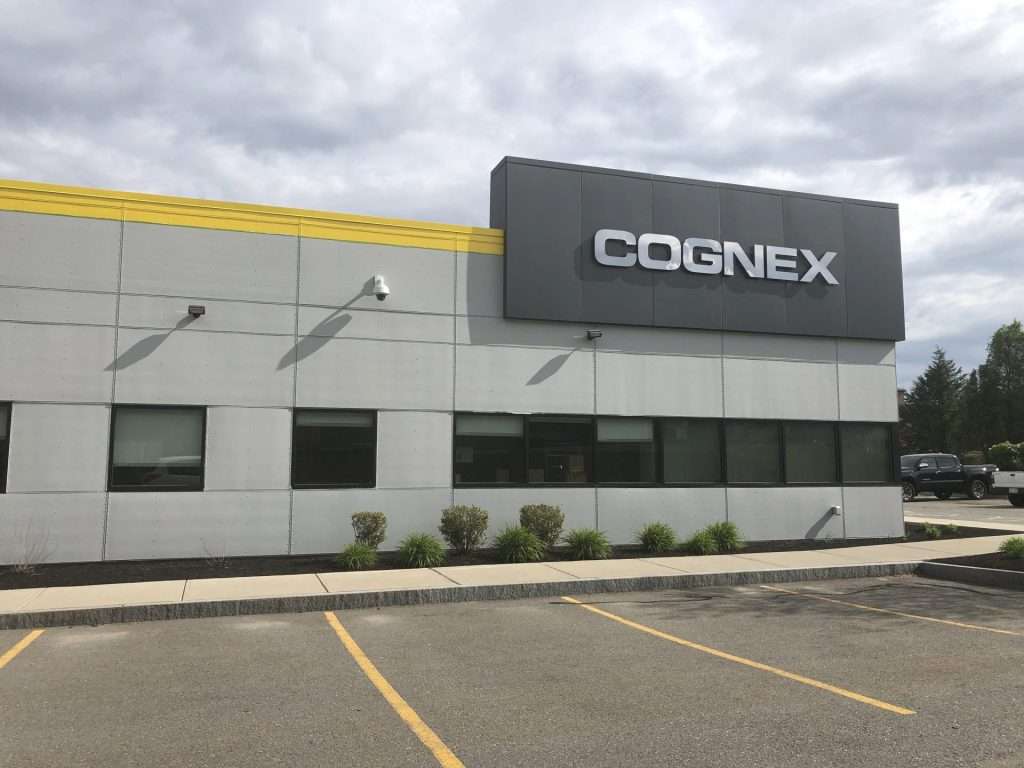