We’ve updated our popular “Top 10 things to do in Natick” page to remind everyone of how much the town has to offer. From hiking and bird watching at Mass Audubon’s Broadmoor Wildlife Sanctuary, to catching some culture at The Center for Arts in Natick, or visiting the Natick History Museum (currently by appointment only) inside the Bacon Free Library, there’s plenty to do and see in Natick.

Natick Report has begun working with The Natick Nest, Natick High School’s official student-run school newspaper, to help bring the students’ work to a larger audience. We’ll be republishing some of their articles, and plan to coordinate with their staff on additional pieces.

It was the day the cast, stage crew, and pit band had been waiting for: the puppets of the evil, man-eating plant had arrived.

Theatre Director Mr. Miller and Music Director Ms. Burns conspired to reveal the much-anticipated puppet to the students in the production in as dramatic a manner as possible. The cast assembled in the auditorium, the pit band began to play, and the curtains drew back to reveal the nefarious set piece.

This plant puppet is one of many surprises in store in Natick High School’s production of Little Shop of Horrors, which will be playing in the NHS auditorium on Friday, December 2 at 7:30 and Saturday, December 3 at 3:00 and 7:30. The show presents growth opportunities and fun for cast, pit, and crew alike, while teaching them and the audience about the dangers of greed and the perils of poverty.

Little Shop of Horrors follows the story of Seymour and Audrey, plant store employees working in a shop on run-down skid row, and Audrey II, the plant that could give them fame and fortune but demands a bloody price.

Below the surface, this show touches on themes that are still relevant today, such as greed and selfishness, homelessness and poverty, and self-confidence and success. Specifically, Mr. Miller, the director of the show, has been having cast members consider their personal interpretation of the refrain don’t feed the plant. “One of the things that I’m thinking about and that we’re working on is: What does that mean? What does it mean to feed the plant? What is the plant? And this is not just about this show that was written in the late 70s/early 80s about the 1950s; this is about now. This is about our temptation to feed something, to have success no matter what,” Mr. Miller said.

Connor Federico-Grome ’23, who plays the voice of Audrey II (the plant), appreciates that Mr. Miller is “not just trying to put kids onstage and make a play; he’s trying to teach us a life lesson within it as well.” Connor said that, for him, “This whole idea of don’t feed the plant is that you might have certain urges toward doing things that might progress you personally and might have an advantage for you personally, but if you have the foresight to sit back and see the impact it can have on other people, and if that negatively outweighs your own personal gain, you shouldn’t do that thing, you shouldn’t feed the plant in that scenario.” However, Connor was sure to emphasize that their interpretation is not the only correct one—on the contrary, part of the beauty of theatre is that it allows everyone to have their own interpretation. In their opinion, this juxtaposition of ideas makes the show more interesting, as it lends itself to different character motivations, ensuring that the actors seem to be portraying individuals rather than working as a hive mind.

For example, in group numbers, ensemble members are assigned a job or identity—from mail clerk to homeless person—so that they make up a selection of people on skid row rather than a homogenous background. This allows them to approach group scenes with, as Connor put it, “their own understanding of ‘why am I here, why am I angry, why have I done nothing to change my situation, is there even anything I can do to change my situation, and do I even want to do those things, or am I just going to continue to stay on Skid Row?’”

In addition to needing to deeply consider character motivations and their own interpretations of the show’s themes, actors must learn a range of musical styles. The score is written by Alan Menken and Howard Ashman, who have collaborated on a number of Disney movies. It includes snippets of Menken and Ashman’s work for Disney, on top of doo-wop; funk; light, classical pieces; and traditional musical theatre ballads.

According to Ms. Burns, the show’s music director, the urchin trio has the hardest job when it comes to music. These semi-Greek chorus, semi-narrator roles sing in three-part harmony, so the actors portraying the urchins (Eris Haynes ’23, Yasi Reza ’24, and Bella Tibagwa ’24) have to blend their three voices into one team. On top of that, their music is hard to remember, as they are in almost every song, but their vocal parts do not have many common patterns throughout the show. However, these three actors have formed a great bond working together on their challenging roles.

Although the range of styles presents a challenge, it also makes the show exciting. Ms. Burns particularly appreciates how it allows the student musicians in the pit band to be exposed to many types of music, as the band plays in every song and during transitions. On top of that challenge, the pit band only had four rehearsals going into tech week. “That’s pretty remarkable for a group of student musicians. I really hold [them] all to the same standards that I would hold pros to,” Ms. Burns said.

The students in the pit band also appreciate the interesting instrumental parts. Michael Atkin ’24, who plays trumpet, likes that being in pit band offers him a chance to play jazz, which is a refreshing difference from the wind symphony and orchestral music he plays in other ensembles. Despite the wide-ranging score, the music is still doable. Preston Burt ’23, who plays keyboard, said that, in comparison to last year’s show All Shook Up, “it feels like pit was more considered when writing this, like when people were writing this, they were thinking, oh, how can we make this fun for cast and pit.”

In addition to its acting and music, Little Shop of Horrors would not be complete without the sets, lighting, sound, costume, props, and more provided by its stage crew.

In this show, the sets, costumes, and props are based on New York City in the 1960s. Mr. Miller and the stage crew have worked hard to make the set historically accurate so that audiences are not left guessing. For instance, one scene features protest posters based on a 1960s New York City housing strike.

This year, the crew has been working with Mr. Ballard, the new tech director. According to Stage Manager Charlotte Gagliardi ’23, Mr. Ballard has been fun to work with. He balances his own industry experience with valuing student input. “Just being able to have someone on board that’s clearly in our corner, and is willing to take our ideas and help us execute them, is very helpful,” Charlotte said.

A few weeks out from show weekend (at the time of this interview), the stage crew is still doing a lot of work, but they are confident that it will get done and are anticipating the final product. As Charlotte said, “It’s nice to look at all the things you’ve done and have it be this very 3D thing in a space where you can interact with it, and being able to say, ‘Look! This is a thing I made!’…is super fun.”

Together, the cast, pit, and crew have great surprises in store—the giant plant puppet is only the beginning. As Connor put it, “The joy of theatre is when all of those things [cast, pit, and crew] come together, and those are always my favorite moments.”

To future audience members, Connor says, “Be ready to laugh, be ready to be surprised, be ready to tap your foot, and also be ready to be totally flabbergasted by the way the show ends—and if ya like the color green, you’ll love the show.”

This late 1950s/ early 60s-esque musical follows the trials and triumphs of Seymour Krelborn, a lowly flower shop assistant. Krelborn’s status soars when he is heralded a genius for discovering a new plant species. Krelborn displays the plant at Mushnik’s flower shop and both the shop and Seymour gain great acclaim. The unfortunate catch is that all of the benefits Seymour realizes now come at a costly price. Why might Seymour be willing to take an offer that will cost him dearly? Come to the show to find out. 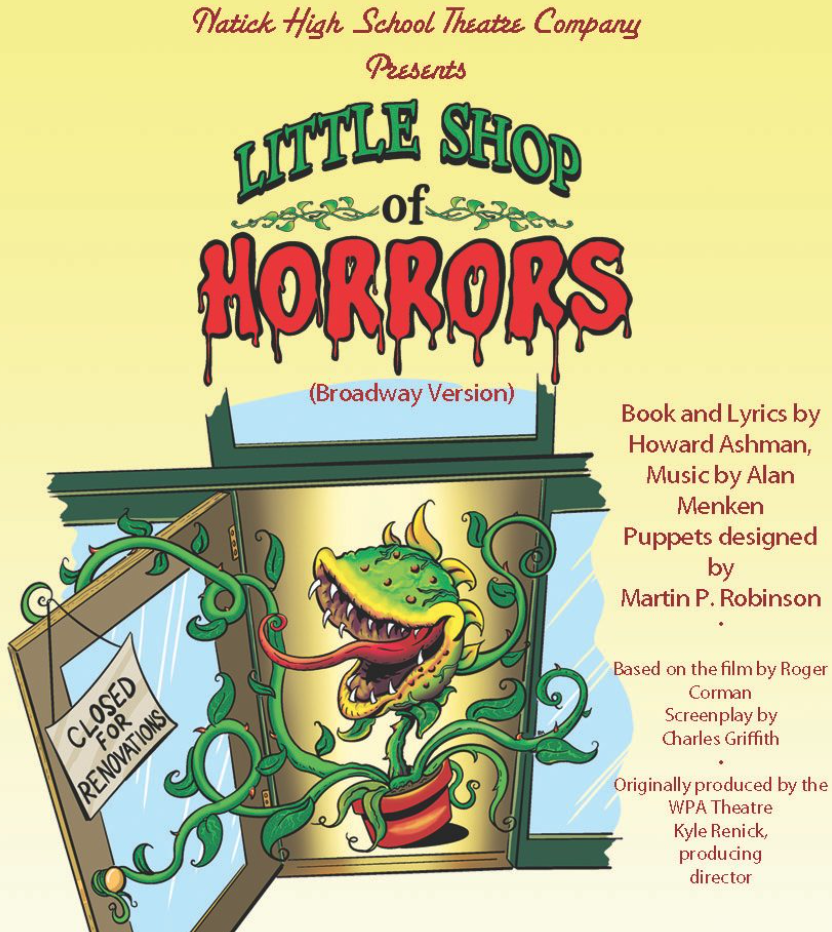 Registration for Natick Recreation & Parks winter activities kicks off on Dec. 7, but you can preview the offerings now in the new brochure. 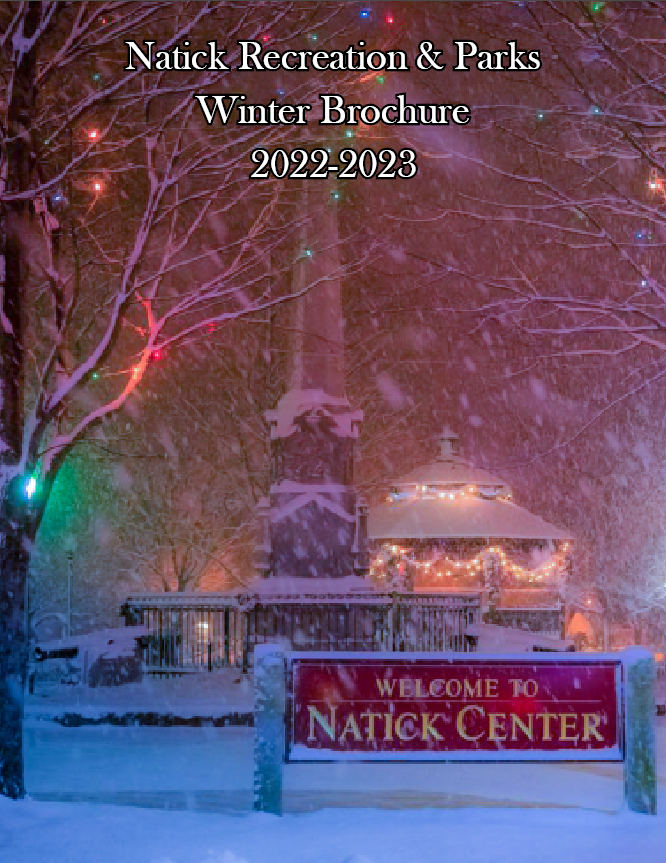 The plot: When an epic snowfall imprisons the residents of the tiny village of Kishka, young Theodore Sutton proposes the villagers build a catapult to fling him and six of the village’s bravest and strongest out in search of a solution. The catapult hastily assembled, Theodore and the heroes are launched over the snow and into the grandest of adventures. Whimsical and humorous, dark and mysterious, heartfelt and sincere, this play weaves a fantastical Grimmsian tale for the entire family. 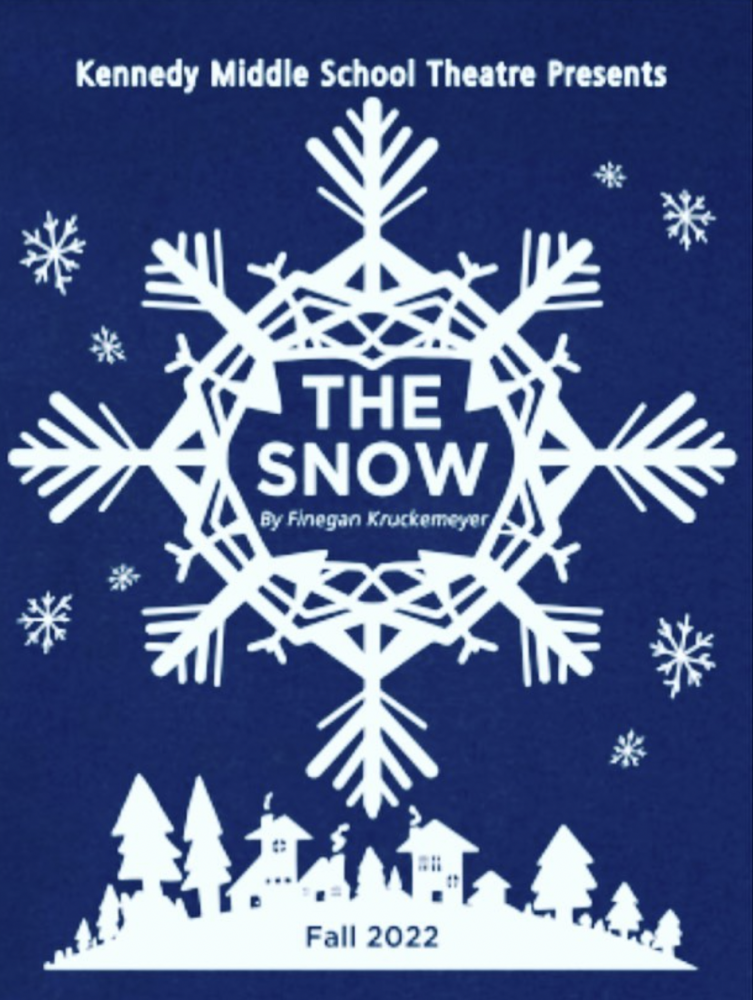 Tickets are $10, available at the door, and in the Kennedy Middle School (13 E. Central St.) front office the week prior to the show.