For the second straight year, no Natick drivers have won a low number vehicle license plate in the state’s annual lottery.

Though Natick’s Brett Lemoine is on the alternates list if some number of the winners don’t follow through on their plates.

Typically, at least one or two Natick residents secure these random low numbers in the name of prestige, tradition, or something.

A record 17,000-plus applications were received for a chance to win one of 197 plate numbers, such as 1H, 24L, and 7000. The lottery was even live streamed for the truly hard up for entertainment.

The deadline to enter the annual lottery is typically during the summer. 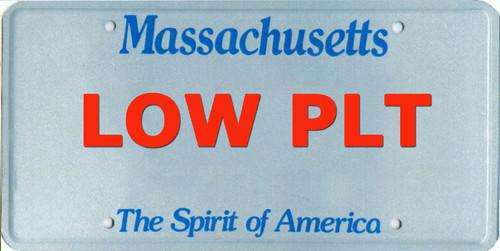 The Town of Natick and its Transportation Advisory Committee are hosting an online public forum on June 10 at 7pm about the upcoming Route 9/27 Interchange Project.

The Massachusetts Department of Transportation proposes ditching the cloverleaf design that’s been around since 1931 and replacing it with a “modified diverging diamond” scheme intended to improve safety and smooth travel. 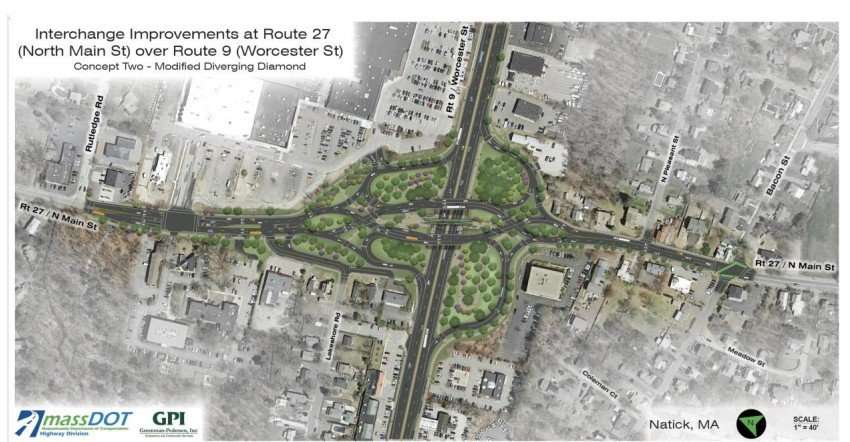 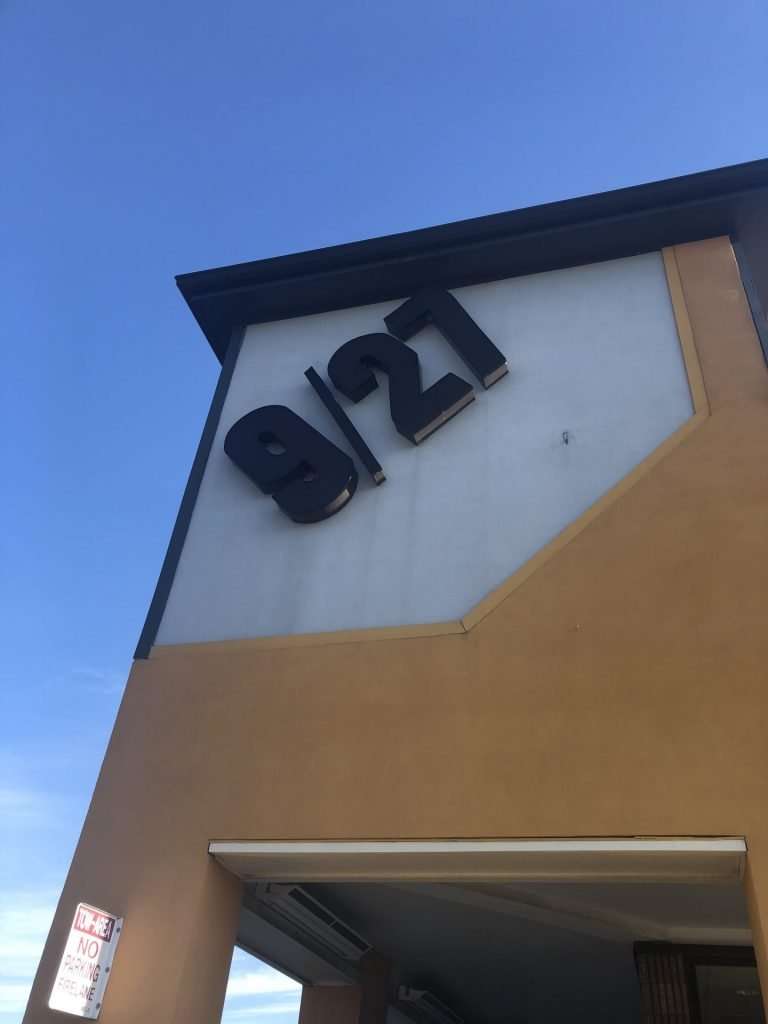 Evidence of some big infrastructure improvements are all over Natick, with the Route 27/Cottage Street area project in full swing as part of Natick’s Five Year Roadway Improvement Plan.

As part of the work, Eversource Electric is relocating utility poles from the middle of the Cottage Street. sidewalk. The utility poles have made sidewalk snow clearing and sweeping  a challenge and contributed to non-compliance with the Americans With Disabilities Act.

Cottage Street itself has been closed off during the major project.

You can find more information on the work here.

Thanks to sharp-eyed reader Dennis McCormick who sent along a couple of great pictures on the work-in-progress. “The heavy equipment shook foundations,” he reports.

Natick Center Cultural District and the Public Art Committee last fall  put out a call for proposals for the planned Traffic Calming Public Art projects at the intersection of Rt. 27 and Rt. 135. General parameters called for projects that were positive, original and colorful and that reflected the immediate environment; the character or culture of the Town of Natick; the history of the area; community pride; creativity;  or other themes. Stipend of $500–$1,200 were thrown in to make things interesting.

Drum roll please for the finalists…

Traffic experiment in Natick could get artsy

Stay calm, Natick: this is only a traffic test 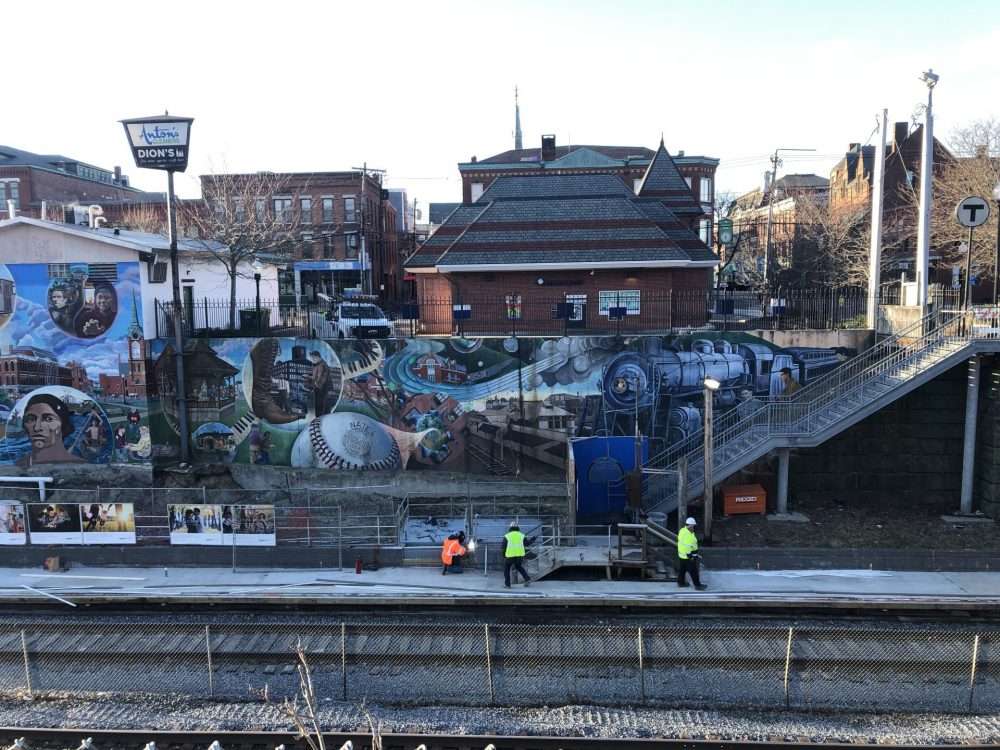 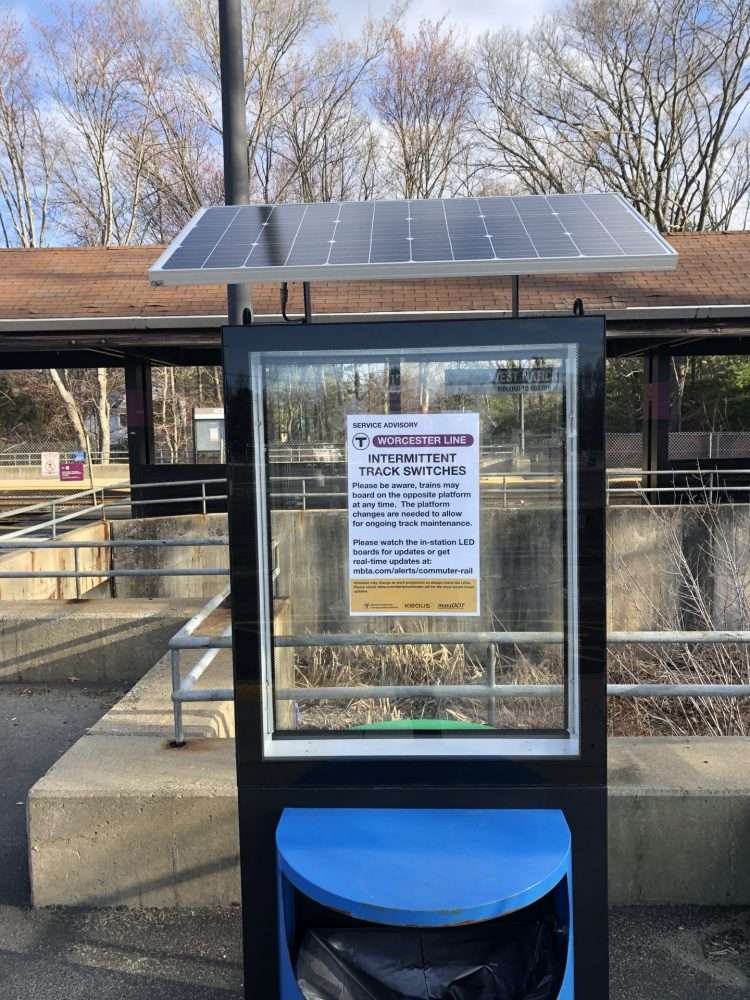