Our picks for things every Natick resident should experience and that visitors to Natick should check out while they’re in town.

The South Natick Dam with its spillway (waterfall) along a winding section of the Charles River is the historic area’s most iconic structures. A working, industrial dam was maintained at the site between 1720 through the 19th century. By 1934, with the former grist, paper, and saw mills long gone, the dam was in need of repair and was rebuilt as a beautification project.

The area is home to loads of wildlife. Blue herons hunt their prey in the churning waters of the falls. Ducks somehow keep themselves in a row, perched on top of the dam. Kingfishers, swans, Canada geese, turtles, muskrats, minks, songbirds, hawks and other birds of prey are all regulars at the dam.

Visitors can get a coffee across the street, have a picnic under towering pine trees or on the grounds of the nearby, pretty Bacon Free Library, or just sit on a bench and enjoy the view. Anglers cast their lines for trout and bass (but this is strictly a catch-and-release activity due to mercury and DDT pollution). Artists set up easels and paint or draw pictures, and photographers can’t get enough of the light, and the water’s movement.

Enjoy the sounds and sights of the dam and waterfall while you can—you’ve got about another 6 years to do so, according to an estimated timeline issued by the town. In Nov. 2022, after months of public meetings, the Natick select board voted 4-to-1 to remove the South Natick dam & waterfall.

Broadmoor is a 624-acre retreat along Indian Brook and the Charles River. The Massachusetts Audubon space offers nine miles of easy-to-moderate well-groomed trails through mature woodlands, open fields, and along the edges of streams, ponds, and marshland. A 0.5-mile boardwalk is accessible. The area attracts more than 150 species of birds. The Saltonstall Nature Center is a renovated 1911 horse barn that includes an accessible welcome center and classrooms. Public programs including summer camps, birding, and field trips.

Cochituate State Park’s main feature is Lake Cochituate, which is made up of three linked ponds, connected by a narrow waterway. Boating, swimming, windsurfing, and fishing are available, as is hiking along the 1.5-mile Snake Brook Trail. 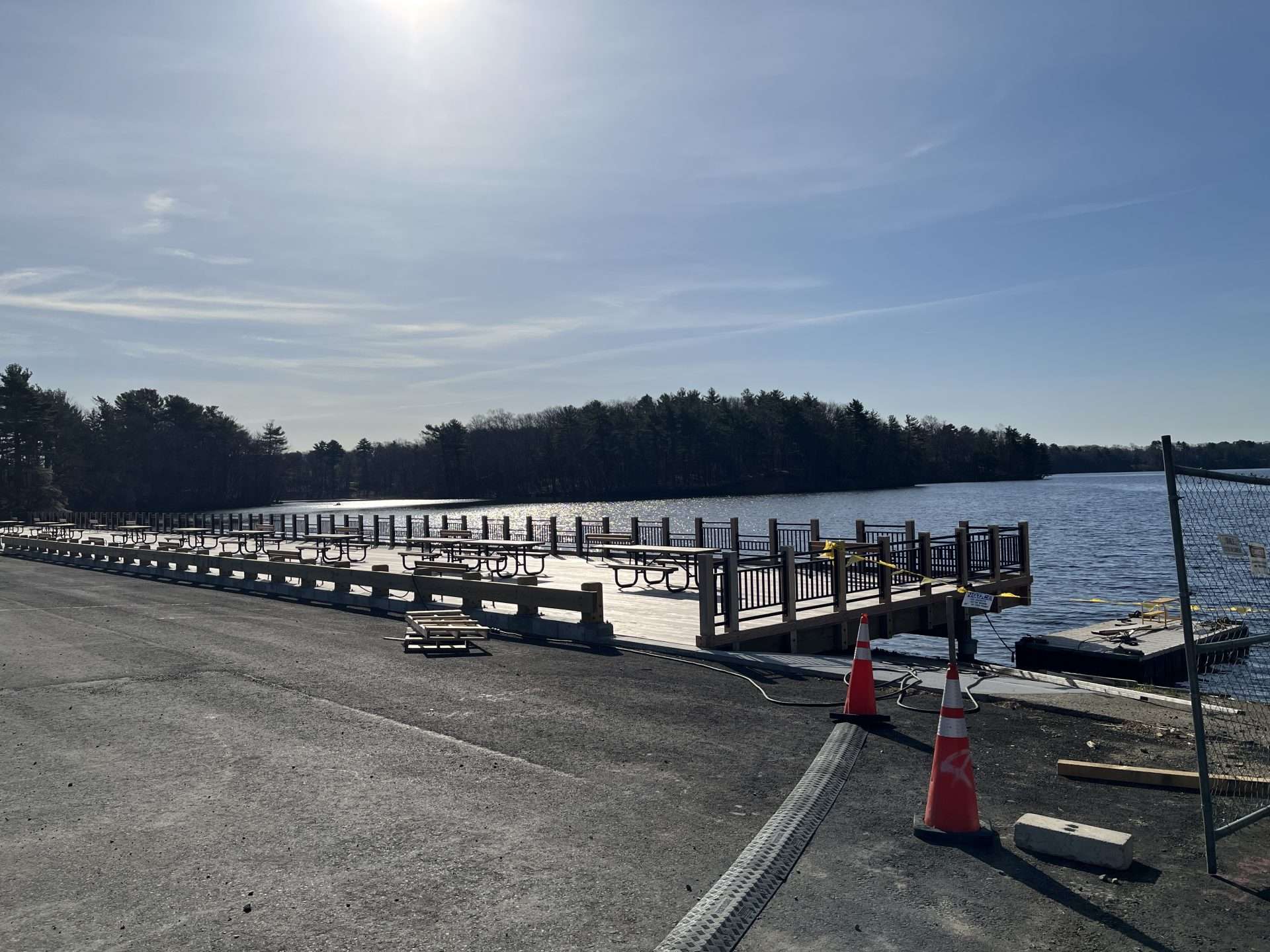 The mall’s 205 shops, services, and restaurants are anchored by department stores Macy’s, Nordstrom, and a truly astonishing 146,500 square-foot Wegman’s. There are a variety of restaurants such as the Cheesecake Factory, P.F Chang’s and California Pizza Kitchen.  If you don’t want a full meal, try the food court. High end stores include Tiffany, Gucci, and Luis Vuitton. Not in the mood to drop a lot of cash? Check out Claire’s, Bath & Body Works, Forever 21, and more. 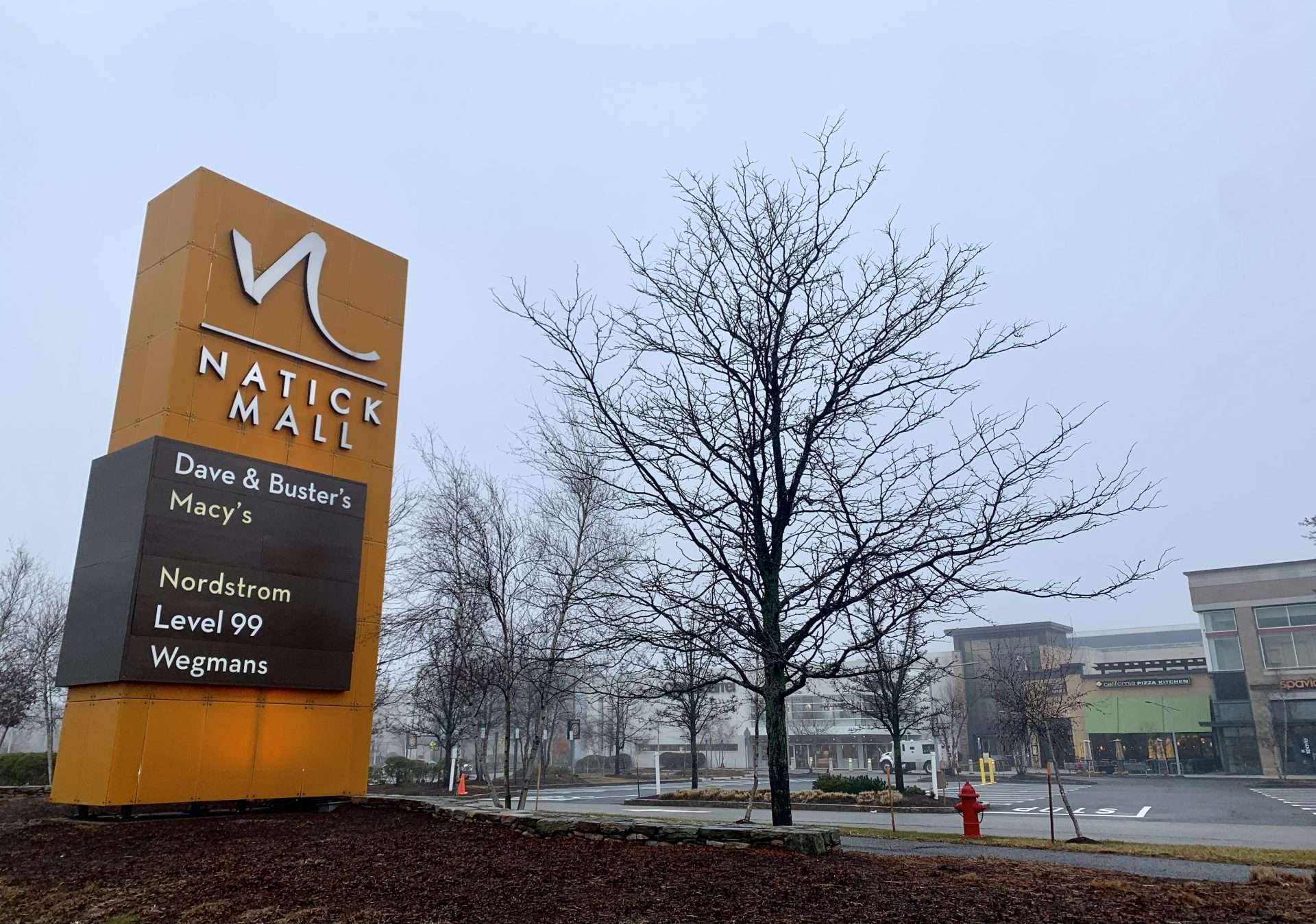 The mall increasingly features “experiential” offerings, such as the Level99 immersive gaming venue, plus a new electric vehicle showrooms for Lucid Motors and Tesla.

The Center for Arts in Natick (TCAN)

TCAN in Natick Center always puts on a good show in a former firehouse that has been renovated into a wonderful space without a bad seat in the house. The intimate, 270-seat venue hosts music (rock, blues, classical) and theater performances in a warm atmosphere that boasts excellent acoustics. There is a second-floor movie screening room where they show everything from oldies to first-run films. 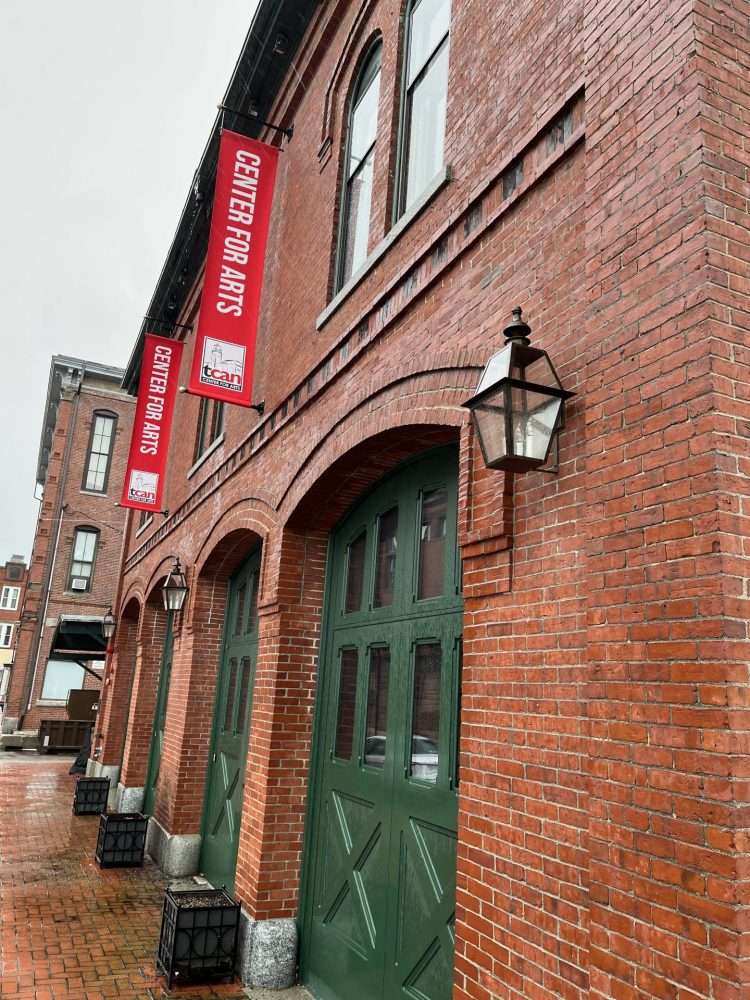 There is convenient on-street parking, and good restaurants are within walking distance of TCAN. The 1875 building is listed on the National Register of Historic Places, and the original brick walls are exposed. A photo of the firehouse in its early days is prominently displayed upstairs.

Each Patriot’s Day in April runners traverse the course from Hopkinton to Boston, hitting Natick a little before the halfway point. A little over four miles of the course wind through Natick, as runners make their way to Wellesley and the infamous scream tunnel fueled by Wellesley College students.

The Natick Community Organic Farm (NCOF) is a 30-acre, non-profit, certified organic farm that provides open space, farm products, and hands-on education for all ages, year-round. Open to the public from sunup to sundown. Animals raised on the farm include cattle, goats, sheep, pigs, chickens, rabbits, and turkeys at Thanksgiving-time. Visit the farm stand for seasonal produce and flowers, meats, and eggs. Every spring, workers tap local sugar maple trees, collect the sap, and bring it to the sugar shack, where it is boiled down for maple syrup. Some suggest the NCOF could use some sprucing up. To this, NCOF supporters sigh and point out that it’s a real farm, not a manicured suburban lot. Classes are available for all ages.

Located in the basement of the lovely Bacon Free Library, The Natick History Museum holds artifacts that give insight into Natick’s past. Some items displayed are from the 1600s, pre-dating the 1781 incorporation of the town, while other items go back only fifty years. One particularly moving artifact is the deed of sale that marks the passing of the last Algonquin Indian-owned piece of property in Natick to an English colonist in 1760. There is also a small research library and archive.

Siting the Bacon Free Library building on its Eliot St. plot proved to be a controversial matter, which rankles local Native Americans to this day. The land is part of an Algonquian Indian burial ground. Some of their graves were destroyed during construction of the building, and again when the intersection of Eliot and Pleasant Streets was enlarged. The Natick Historical Society held some of the contents of these graves until the 1990s, when they were repatriated according to the Native American Graves Protection and Repatriation Act.

The Town of Natick website may refer to the local swimming hole area as Memorial Beach, but everybody else calls it Dug Pond. Legend has it that the pond itself was excavated from level ground and was intended to be used as a pasture for animals. Instead, the huge hole filled up with rainwater, hence the name “Dug Pond.” Maintained by the Natick Recreation & Parks, the 48-acre pond reaches a maximum depth of 45 feet. The public swimming area is safely graded from wading depth to about 15 feet deep. Swimming lessons are offered, and there is a swim team for Natick residents. There’s a lifeguard staff, changing rooms with bathrooms, two large shade structures, concessions, a 1-meter diving board, a dock to swim out to, picnic tables and grills, and a sand volleyball court.

There are two places in Natick to catch a film, and a 16-screen multiplex in nearby Framingham.

Cinema at TCAN: You know this screening room in a restored 1875 firehouse is artsy/indie because they call the movie-going experience “cinema.” The exposed brick. The soaring ceiling. The acoustics. The 2K (DCI Compliant) digital cinema projector and full 7.1 Dolby surround audio. You get the idea. Films shown at the 120-seat space are everything from small-run gems to more mainstream fare such as Downton Abbey.

Natick IMAX: Journey to the very tip-top of Underprice Way, cut through the furniture galleries without getting distracted, ascend the elevator while dodging paparazzi, and you’re there. Natick’s own IMAX movie theater, located inside Jordan’s Furniture. Once you buy your ticket, settle in to the plush seats and prepare yourself for a high-definition, 3-D, surround-sound experience. Try to get a center seat for optimal viewing.

Also nearby, AMC Framingham 16: This the place to see all those first-run movies on your list. They’ve got it all from the latest action flick to what they refer to as “artisan films.” There’s a dine-in option, and 21+ guests in some of the theaters can buy beer or wine.)

What are we missing? Let us know at natickreport@gmail.com