Sassamon Trace Golf Course in Natick usually opens around March 20, but actually opened earlier this year. Those who had a chance to play then are probably feeling pretty fortunate in light of this and other courses being shuttered due to coronavirus concerns since late March.

Like all golf facilities across the state, Natick’s are closed until at least May 18, per state order, though reports have surfaced that Gov. Baker could announce a re-opening plan for golf courses sooner than that. A state advisory group has been formed to plot the re-opening of what have been deemed non-essential businesses. Massachusetts is on of just a few states that has not allowed courses to open, creating angst for course operators as golfers cross state lines to play where allowed.

Reports have surfaced of rogue players on nearby courses, such as the Leo J. Martin Memorial Golf Course in Weston. And we’re sure a few holes have been snuck on Natick’s greens as well, despite warnings that the courses are closed for now. 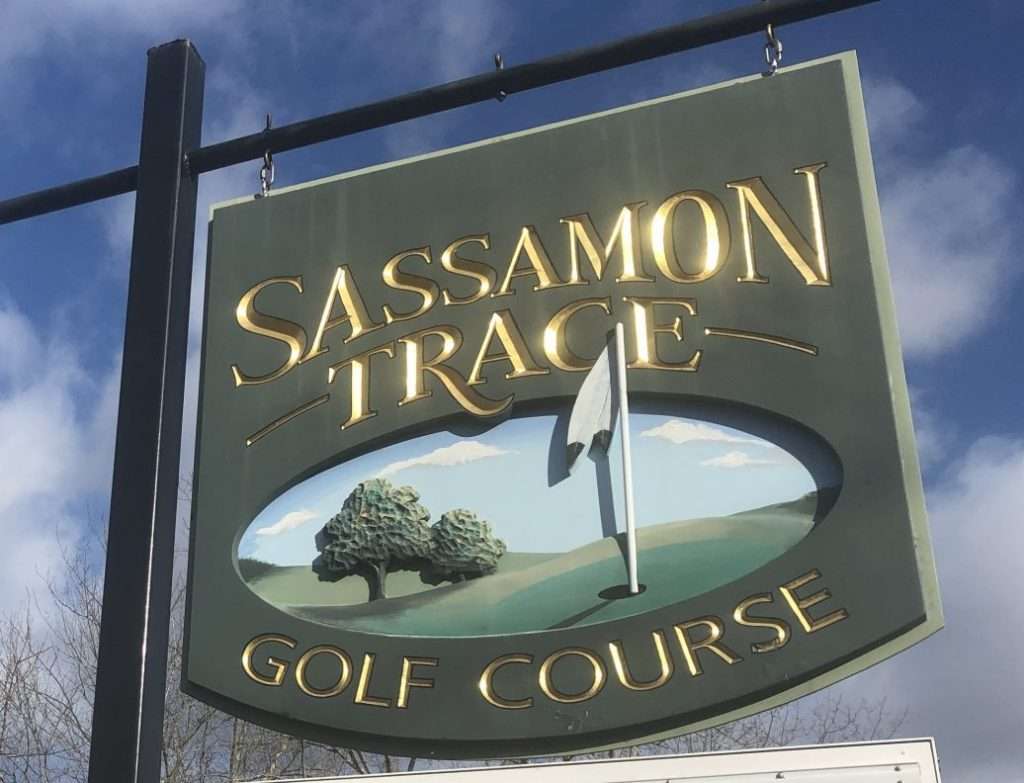 Sassamon Trace awaits instructions from the town and state, but vowed in April “to re-open as soon as the Governor’s order for non-essential businesses ends or we get approval to operate only outside.”

As for what the operation will look like, it is hard to say, though Sassamon Trace General Manager and PGA Certified Professional Kurt McDowell has ideas based on what other states have done.

“Knowing exactly what changes will be made is tough because each state has been different. As of now Massachusetts hasn’t given guidance at all,” he says.

He shared this list from other states and organizations to get an idea of what might happen:

Leagues will be shortened but McDowell expects they can run in a fairly normal way with the exception of not everyone getting a golf cart. “We will not use a closest to the pin [format], which we normally would for them,” he says.

Offering lessons will be challenging and will depend on regulations. Season passes will be discounted to match the amount of the normal golf season that was missed.

KOHR Golf Center, which offers a driving range, practice center and lots of lessons at its Speen Street facility in Natick, has been offering remote lessons and keeping patrons up to speed on its plans via a very strong social media game.

“We cannot wait to reopen our facility,” says Oliver Segal, COO at KOHR Golf. “As you know, there has not been a lot of information coming out of the state and local governments around guidelines. We are hopeful that May 18th is our date to reopen the facility. The great news about our facility is that the bulk of it is outside and spread out.”

Segal adds: “We will follow all of the guidelines set up by the government which will probably include social distancing; controlling the flow of traffic; sanitization of balls, baskets, counters, bathrooms. We are also exploring other innovations including advanced booking and payments to improve the customer experience, limit contact, and prevent overcrowding at the facility.”

KOHR’s website says the the business still plans to run its spring clinics and training camp program with revised start and end dates.  All junior programs are slated to begin the week of May 18 if the state allows.

Let’s not forget about Golf on the Village Green, the Rte. 9 miniature golf course in Natick, either. We reached out for comment, and will update this if we get one. The bigger challenge for that operator might be its Fun and Games arcade.

In Wellesley, both Wellesley Country Club and Nehoiden Golf Club are readying to open when allowed.

Wellesley Country Club has not responded to inquiries and has no acknowledgement of the current situation on its public-facing website. Then again, it is a private club.

But we’ve seen the regular maintenance taking place on the course. Rules, once the course opens, will be based in part on instructions from the state and Mass Golf. But expect a lack of bunker rakes and ball washers, required reservations for tee times, and fancy gadgets that bounce your balls back to you without having to stick your fingers in the hole.

Nehoiden, which has opened an online store to prime members for the season opening, has been posting updates about its situation.

“While we currently cannot provide a concrete opening date for the 2020 Golf Season, please understand we have been taking measures to ensure we are ready for play when we do open the course.,” Nehoiden stated on April 29. “…social distancing procedures will be in place at the club as they will be in most other parts of our daily lives. There will be more detailed information communicated to you once we have guidelines in place, and we will look to your patience and cooperation in helping us observe our new processes. We want all of our members to be able to get out and play.”

The Nehoiden staff urges people not to sneak onto the course. “Due to COVID-19 mandates, our grounds team has been significantly reduced, and we cannot repair any damage to the course that is caused before we open.”

The Spring Jr. Golf Academy has been canceled, but summer programming for Juniors and Adults is still open for registration. The PGA, Jr. League has been postponed, but Nehoiden hopes to run it as soon as possible.

More: Learn about advertising on Natick Report and The Swellesley Report