A fire and vandalism at the former St. Patricks parish properties last week has prompted the planned boarding up of parts of the former school and convent to ward off future destruction, according to Dean Calivas, president of developer Stonegate. “We were quite disturbed, as I’m sure many others were,” he said, noting that there was quite a bit of destruction (broken windows, litter, spray painting) and that charges could be brought against those apprehended.

Calivas spoke during the citizen speak portion of the Select Board meeting, and he was invited to come back any time in the future, preferably on the pre-slated agenda. 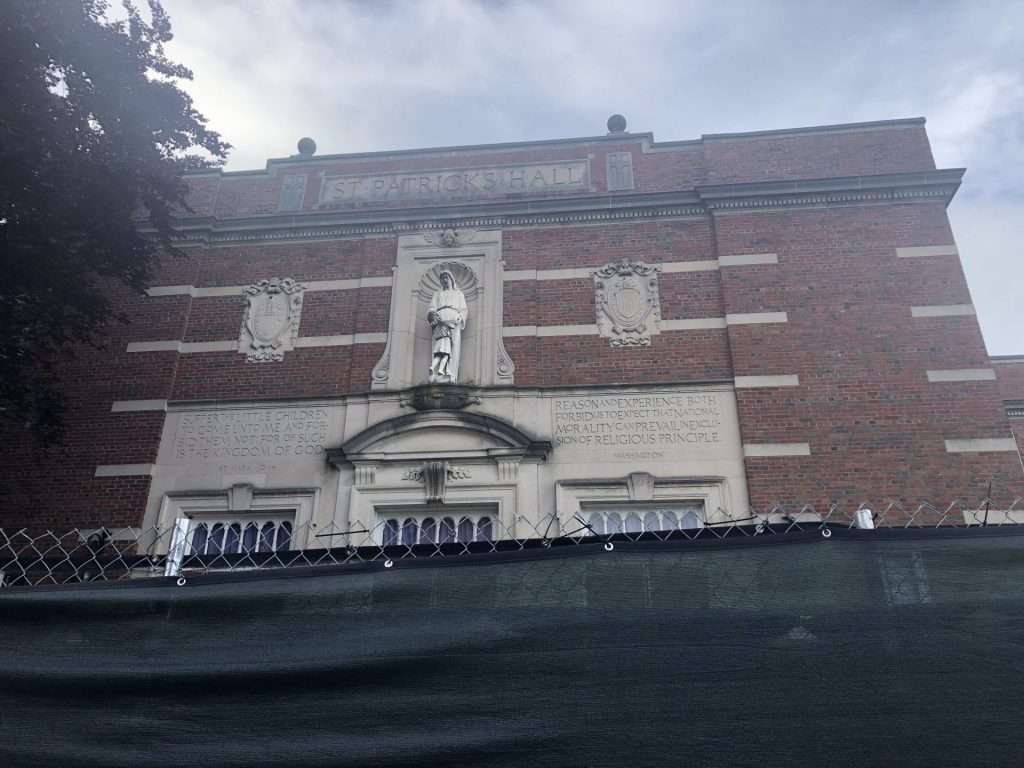 Stonegate has some destruction of its own planned at 4 & 6 Lincoln St., and a barn, and has been taking care of pest control and water line capping. It was awaiting Board of Health approval before signing on a contractor for the work, and hopes to get work going in the next couple of weeks.

The developer has also received a new windscreen and expects to have that up in the next couple of weeks to make the construction site more aesthetically pleasing.

Stonegate has been seeking to develop the site for the past 5 years, and earlier this summer proposed a change of plans from a mixed use site (residential and commercial) to just residential.