Natick’s portion of the Charles River, dubbed the Upper Middle Watershed, is the cleanest part of the 80-mile waterway that stretches from Hopkinton to Boston Harbor. Both this section (which also includes Dover, Sherborn, Wellesley and more)  and the adjacent Lower Middle Watershed (Newton, Weston, Waltham, and more) scored “A” grades.

This according to a new U.S. Environmental Protection Agency grading system designed in coordination with the Charles River Watershed Association. The new system reports on the entire river and takes into account more pollutants as well as two tributaries (the Stop River in Medfield and the Muddy River in Boston). The data is from 2019. 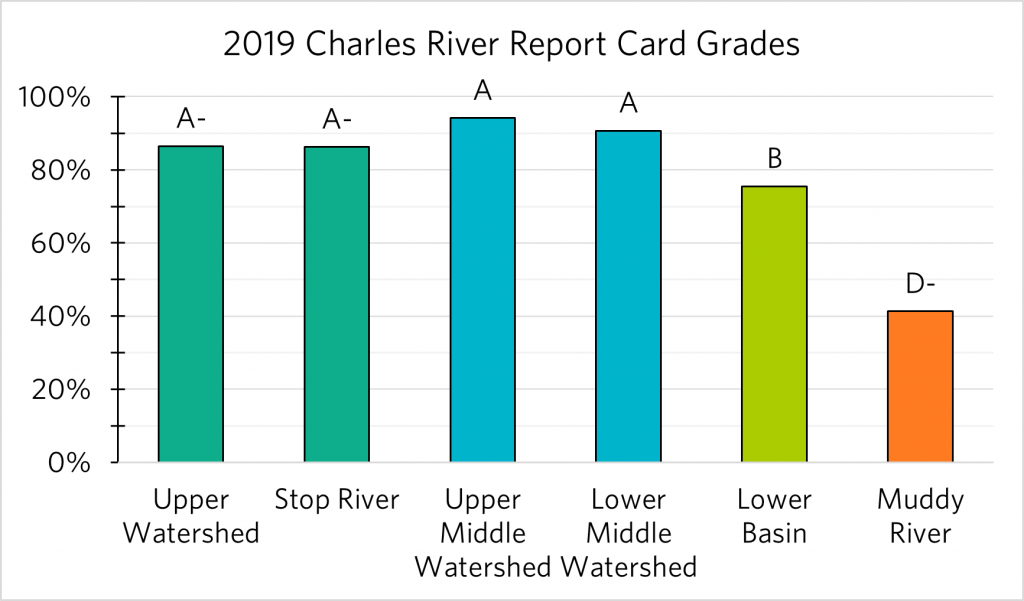 EPA grading started in the mid-1990s has concentrated on the Lower Charles River Basin between Watertown and Boston, and focused on E. coli data from limited sampling.  Reporting now includes Cyanobacteria (toxic blue-green algae) blooms and combined sewer overflows (CSOs), which are both public health hazards, and richer sampling.

The Natick stretch owes its cleanliness in large part to the friendly environment bordering the river, including preserved forests and wetlands. With climate change’s many ramifications, however, tracking the impact on the river requires constant monitoring.

In other words, it’s looking good on large stretches of the Charles, but there’s more work to be done in getting and keeping it clean. 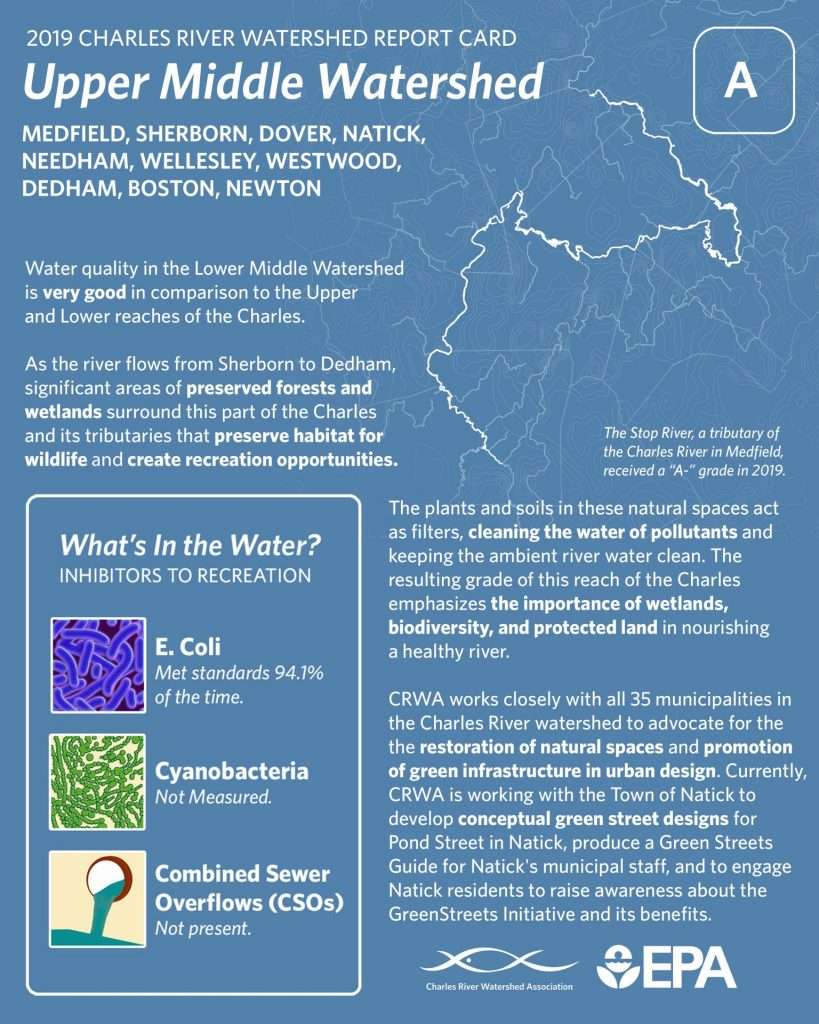