Return of the Golden Triangle

The Golden Triangle, a 940-acre area in Natick and Framingham known for its shopping malls bordered by major highways and roadways, has suffered from a number of issues over the years, not the least of which have been traffic congestion and a bricks-and-mortar retail industry savaged by online alternatives.

The communities of Natick and Framingham, flanked by a bunch of outside consultants, issued a lengthy report in late 2018 about the golden—or whatever color you’d describe it as these days—triangle. Zoning, transportation, and other development recommendations were made, but then like so many studies it just started collecting digital dust on the communities’ websites.

While the study was conducted before Natick hired James Freas as director of community & economic development, and back when the likes of Toys “R” Us and JCPenney were bailing from the area, Freas isn’t about to let that effort go to waste.

“What that study really concluded is that there is a range of trends in retail and office space that is changing the face of retail and needed a response in order to maintain the strength and vibrancy of the Golden Triangle area going forward,” Freas said. “What we’ve seen during the COVID-19 pandemic is those trends identified during that study have all been accelerated.”

He has asked the Select Board to get behind a revitalization of the Golden Triangle, and is coordinating with Deputy Town Administrator Jamie Errickson to move things forward, hopefully with support from Framingham counterparts. The focus would be on new zoning, and near-term achievable transportation and infrastructure improvements.

The Golden Triangle has traditionally contributed big time to Natick’s commercial tax revenue, so it’s in the town’s interest to get more from the area.

Freas shared his update on the Golden Triangle plan as part of a broader review at the Feb. 24 Select Board meeting (starting at about the 35-minute mark) on efforts that the town—including many departments and boards and committees—has made to support businesses during the pandemic, and programs in the works to further support economic recovery. We’ve embedded his memo on the subject below.

$3.7M in grants, largely via the state, has flowed into about 70 Natick businesses over the past year. The Commonwealth announced a new batch of COVID-19 relief grants totaling $49M this week, and 8 Natick small businesses were among recipients. Jewelry, fitness, and design firms were among those getting relief in the form of grants ranging from $15K to $75K.

The word from downtowners in the know is that the space at 22 N. Main St., formerly occupied by eatery Java’s, is close to getting refilled. Director of Community & Economic Development Freas says this is the only significant vacancy downtown. More when we know more…(please fill us in: natickreport@gmail.com)

In the wake of Natick moving ahead with one recreational marijuana shop, the town’s is now readying for the runners-up to take a second shot at wooing the public and town officials. We saw a notice pop up on the town website for an outreach meeting with ReLeaf Alternative for March 25, so it appears as though the action will seen start up again on this topic.

Be sure to poke around the newish Economic Development Committee website, where you can research available commercial real estate, and examine data on competition, customers, and more. 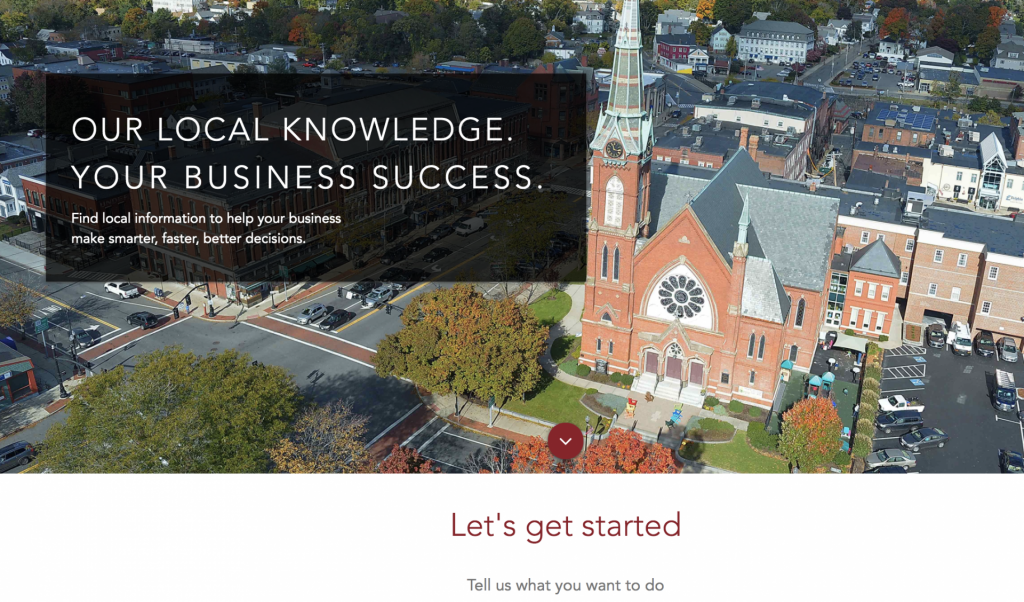