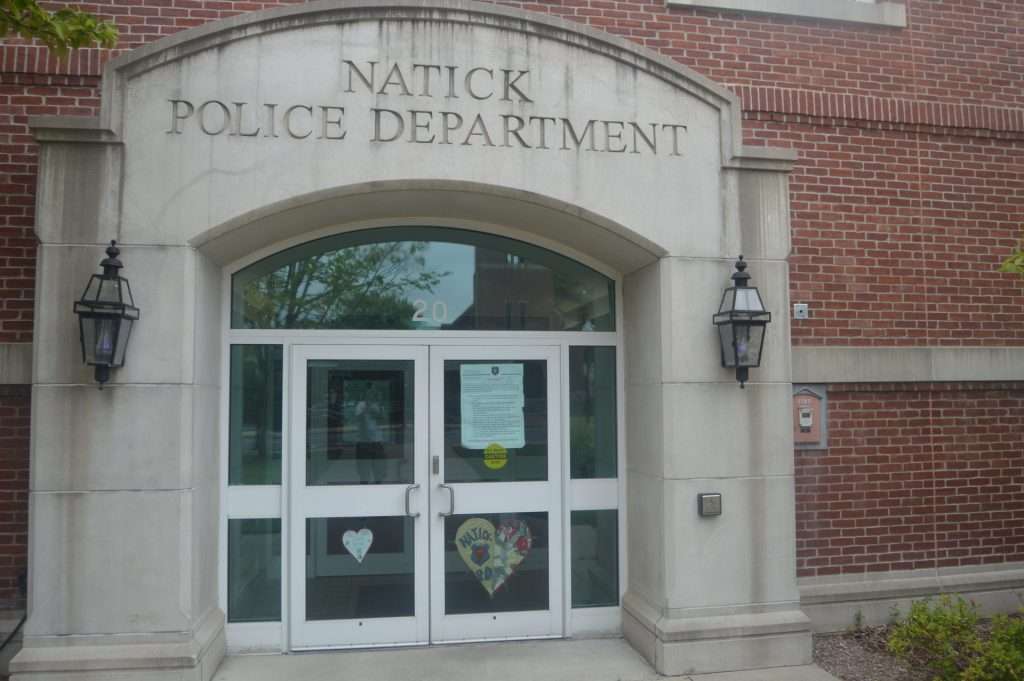 “We have a much easier way of recruiting for our non-sworn staff [those without a badge, firearm privileges, etc.],” Hicks said

. “Our sworn staff falls under civil service, which is a very complicated and strict process and procedure on how to hire. It’s based on state civil service guidelines. We can only hire from a list they send us.”

Hicks said only 23 Natick residents signed up to take the current civil service exam, only a third of the usual number. None were minorities, he said. This despite new recruiting techniques employed by the department, including the release of a promotional video (seen below) distributed via social media and to community colleges.

Natick could choose to pick from a statewide civil service list of candidates, including those not from Natick who are interested in working here. But restrictions still apply that wouldn’t guarantee any minority candidates would be among those Natick could hire, Chief Hicks emphasized in a follow-up interview with us that while the civil service process has restrictions, police departments are not forced by the system to hire anyone in particular.

Reasons for the drop-off in candidates are numerous, Hicks said. One contributing factor is that the profession is going through tough times, being under attack by the public for high profile violence incidents. But he stressed this is by far not the only factor. Another is that those who in the past might have considered police work are now opting for higher paying and more flexible jobs in fields such as technology, Hicks said.

“We’ve got a lot of work to do as a profession in coming years to do damage control and work on communications to win over the community and win over people who we can bring into policing,” he said.

Communities nearby Natick, including Framingham, Sudbury, and Wellesley, have left the civil service system, and now have their own systems for recruiting, hiring, promoting, training, and disciplining police personnel. Hicks said there are pros and cons to making such a move, and it’s unclear to him whether these moves have resulted in any richer minority candidate pools. Natick could consider this, though it would take an article being passed by Town Meeting as well as negotiations regarding collective bargaining.

Hicks said he has heard from the Civil Service Commission that communities that have left the civil service system haven’t diversified their workforces any more than those in it. Though the chief said he has not verified this with a wide range of communities (he mentioned a couple that are no more diverse).

If Natick wanted to go to the Civil Service Commission route and specifically request access to minority candidates, the town would basically have to admit it has been discriminatory in its hiring. “Do we want to open up that can of worms when we know that hasn’t been the case, since we’ve been following their rules?” he said during the local access interview.

One way in which the Natick Police Department would love to diversify is in terms of officers who speak multiple languages. Currently it has one has speaks German and one who speaks Spanish in addition to English. Given the local population of Portuguese speakers, having officers with that skill would be valuable. The town currently uses a language line, an expensive 800 number service, to communicate in other languages.

Hicks also started to discuss new training efforts, and consultant Melissa Patrick picked up on that when the chief had to leave the meeting. Patrick is working with the department on a police and community workshop program that includes a focus on the history of policing. The department feels it’s important for its team to know about this in dealing appropriately with the community.