The reinvention of Natick Mall continues with the introduction of Night Shift Brewing’s separate Taproom and Beer Hall,  recently opened ventures that are part of the new Level99 interactive gaming complex in the old Sears space on level 2 of the mall.

It took us two visits to explore it all. First up was a daytime foray to Level99, where we tried out a few of its 43 game rooms, 7 arenas, and ubiquitous art scavenger hunt that fill the massive 48,000 square feet. Later in the week we returned at night to enjoy the Taproom, which is open for lunch & dinner 7 days a week.

The mall location means plenty of parking. We lucked out with a close space and and entered the venue via the dedicated entrance across from the garage. Once inside we moved past the Level99 check-in kiosks and entered the Taproom, which is located next door to Dave & Buster’s. There is helpful staff on hand to point you in the right direction.

The ceiling in the Taproom is high, so it’s naturally a bit noisy, but I’d call it more buzzy than overwhelming. Our party of 4 was quickly seated at a table, and our service was friendly and attentive throughout our stay.

The owners have been hyping the restaurant’s “scratch kitchen” and pedigree from their involvement in restaurants Branch Line, Shy Bird and Eastern Standard—the first 2 of which I have to admit I didn’t know and the third of which I’m familiar with but never patronized before its shutdown.

We were more interested in what was on tap than on the plates. I went for the Night Life, a tasty light beer that the server promoted as being better than Bud Light. My date got caught up in Whirlpool, a pale ale which received a thumbs up for its taste and relatively low alcohol content (4.5%). Just a heads up: the alcohol content can go as high as 8% for the on-tap and canned beers, so plan accordingly.

For dinner, we ordered a Detroit-style pizza, a concept Square Mfg. introduced to Natick late last year. The bready and thick pizza ($16) arrived already cut into squares and featured generous toppings. The Forager variety included roasted wild mushroom, caramelized onion, gruyere & fontina, truffle oil, goat cheese, and thyme. Our two diners went to work on the flavorful and filling pizza, but it proved to be too much for them to finish, and they took a couple of squares home. 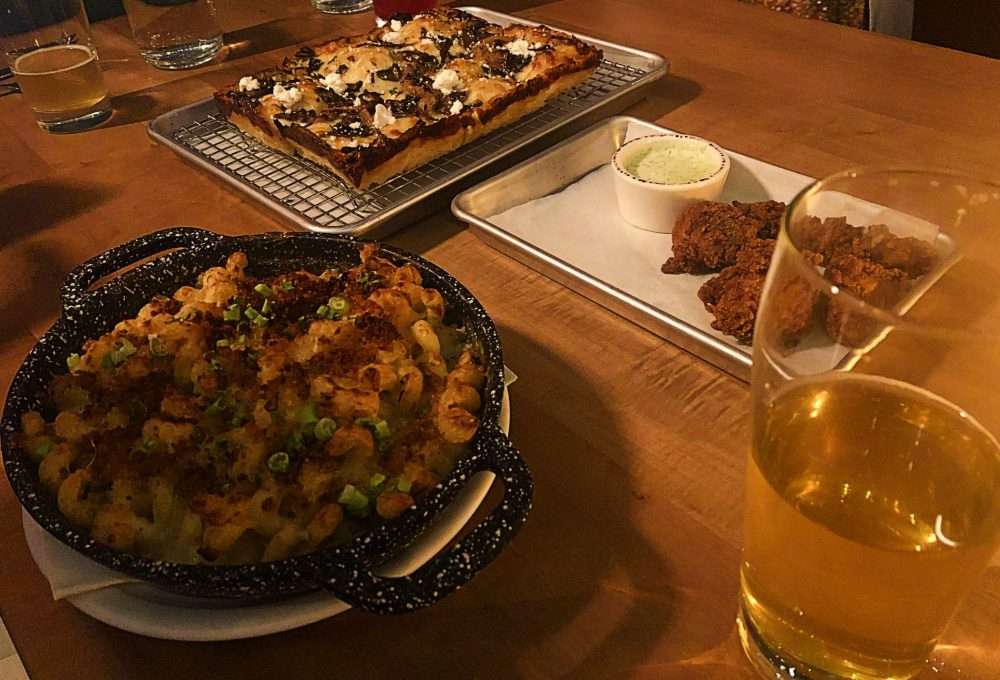 We had one burger taker, and he gave it a solid review based on his easy consumption of it. The NSB burger, priced at $15, comes with Vermont cheddar, a secret sauce, pickles, caramelized onions, lettuce, on a brioche.

I ordered the Creamy Baked Mac & Cheese ($16), which boasted cavatappi pasta, four cheeses, and a garlic & herb panko crust. Not a garlic fan, I appreciated the kitchen’s light hand with the earthy allium.

After dinner we strolled through Level99, which you can see through windows in the restaurant. We checked out the art displayed throughout the gaming venue, and watched a few of the public gaming matchups, which were amusing.

The early-evening crowd at Level99 looked largely to be on the young side, so the beer hall was sparsely populated at that time. That likely changes as the hour gets later and the 21+ crowd rolls in. Level99 starts at $30 for 2 hours of play, with group pricing available. 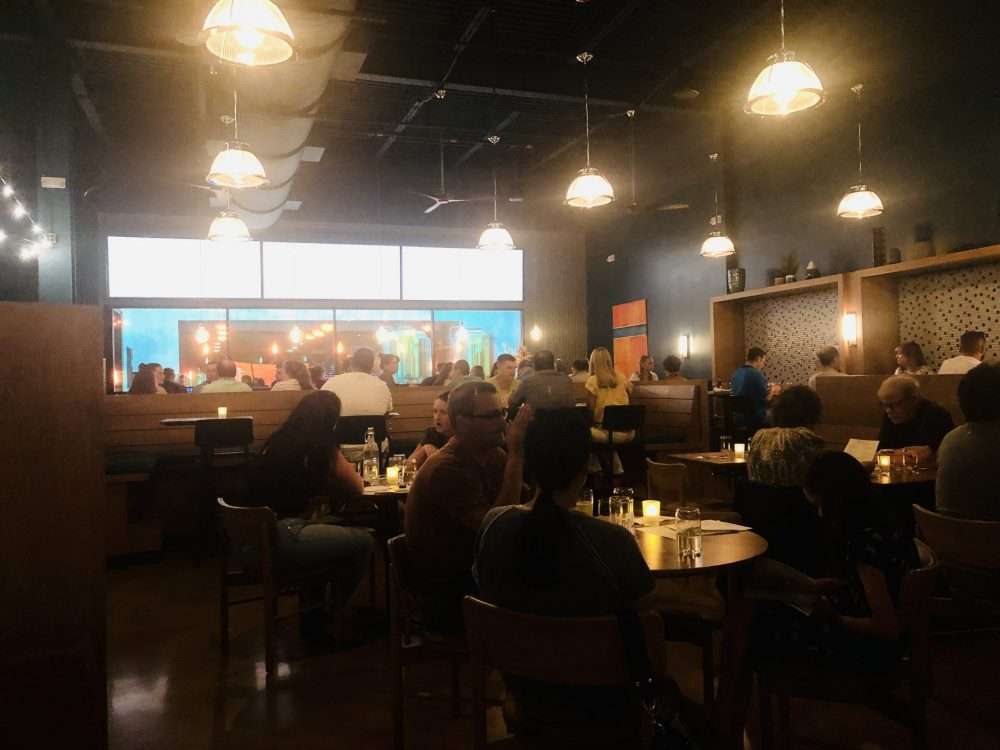 Advertise on Natick Report by sponsoring our restaurants page, one of the top Google results for this topic